A look at the new Hockey HOF Inductees 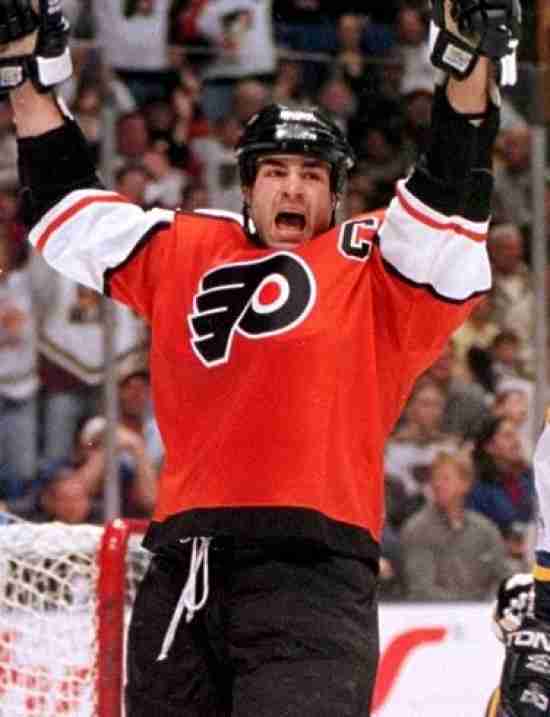 14 Nov
2016
Not in Hall of Fame
Today is one of our favorite days here at Notinhalloffame.com as tonight is when the Hockey Hall of Fame officially inducts their latest class.

We thought it would be fun to take another look at the achievements of this year’s class.

The undisputed headliner this year is Eric Lindros who made it in to Hall in his seventh year of eligibility.  This felt like it would it be his year, as in previous years, there had always been elite players with longer careers than Lindros, as shown by the fact last year was the first time he was ranked #1 by us at Notinhalloffame.com.

While concussions shortened his career considerably, this is still a man with a substantial resume of accomplishments.  In 760 Games, he would tabulate 865 Points, well over a Point per Game.  He would win the coveted Hart Trophy in the 1994-95 Season, and also won the Lester B. Pearson Award, the honor given to the Most Valuable Player as viewed by the NHL players.  His accolades also include a First Team All Star, A Second Team All Star and six trips to the All Star Game.

Lindros may not have won the Stanley Cup but did very well internationally, helping Canada win the Gold Medal at the 1990 and 1991 World Junior Championships.  As a Senior, he would win the Silver Medal at the 1992 Olympic Games and Gold at the 2002 Games in Salt Lake.

Eric Lindros may be the headliner, but for us, Sergei Makarov is the sentimental favorite.

Makarov has been ranked in our top six (last year at #3) since we first began our site in 2009.  Considered the best of the Red Army in the 1980’s, Makarov would help the Soviet Union win eight Gold Medals at the World Championships and two Gold Medals.  He would finally enter the NHL in the 1989-90 season where he won the Calder Trophy and overall had 384 Points in 424 Games.  As the Hockey Hall of Fame openly includes international accomplishments, the induction of Sergei Makarov is long overdue.  It took seventeen years for him to get in.

The third player to get in this year, and perhaps a bit of a surprise (even to the former player) is that of former Goalie, Rogie Vachon.  Vachon, who in the last Notinhalloffame.com ranking was #21 (though the second highest rated Goaltender) was a three time Stanley Cup Champion with the Montreal Canadians, and would win the Vezina Trophy with them in 1968.  Many remember Vachon best however during his time with the Los Angeles Kings where he would receive two Second Team All Star selections and two top three Hart Trophy finishes.  Arguably, he made Los Angeles a far better team than they had any right to be at the time.  This was Vachon’s thirty-first year of eligibility.

The fourth and final inductee is former Head Coach, Pat Quinn, who will be inducted posthumously.  As a Head Coach in the NHL, Quinn would have a record of 684-528-145 combined with Philadelphia, Los Angeles, Vancouver, Toronto and Edmonton.  Quinn was a two time Jack Adams Trophy winner as the NHL Coach of the Year and while he did not win a Stanley Cup, he would take Team Canada to an Olympic Gold Medal in 2002 and the World Cup in 2004.

Once again we here at Notinhalloffame.com would like to congratulate this years inductees and we look forward to seeing whom they will induct next year!