Snoop Dogg to the WWE HOF 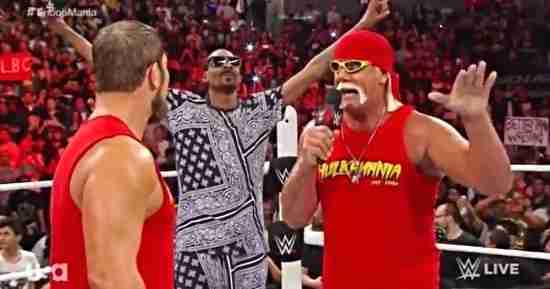 29 Mar
2016
Not in Hall of Fame
Another day, another series of news about the WWE Hall of Fame.

While it was speculated that Regis Philbin would be this year’s celebrity WWE HOF inductee, it was announced that rapper, Snoop Dogg will be the one receiving the honor.

Snoop, the cousin of WWE Diva, Sasha Banks has made numerous appearances on WWE Television.  He appeared on two Wrestlemnias’, most notably as the Master of Ceremonies in the Wrestlemania 24 “Lumberjill Match” and was also seen on RAW knocking out former WWE Superstar, Chavo Guerrero.

While this would not be one we here at Notinhalloffame.com would have chosen, Snoop is a fan of the product and we expect him to appreciate the accolade.

More in this category: « The Top 50 Texas Rangers of All-Time are up The Country Music HOF announces the latest class »