The Dudleys to induct Jacqueline 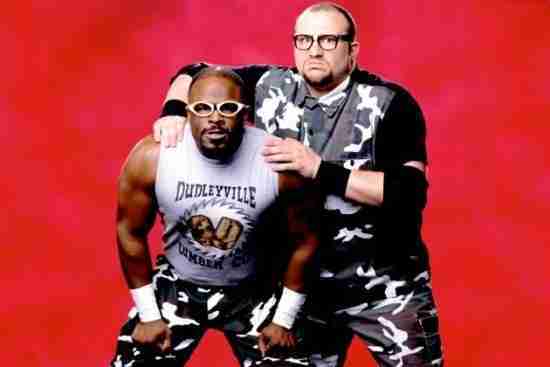 26 Mar
2016
Not in Hall of Fame
There is more news in the WWE Hall of Fame front as the Dudley Boyz have been revealed as the inductors for Jacqueline.

While in terms of WWE storylines, Jacqueline and the Dudleys had little interaction however the “brothers” were friends of Jacqueline and it was her choice to have them as her inductors.

It was also reported that Ted DiBiase will induct the Big Boss Man.  The two feuded in the WWE in 1990 and were in the UWF together previously.

The WWE Hall of Fame ceremony will be held this Saturday.

More in this category: « RIP: Joe Garagiola The Top 50 Texas Rangers of All-Time are up »