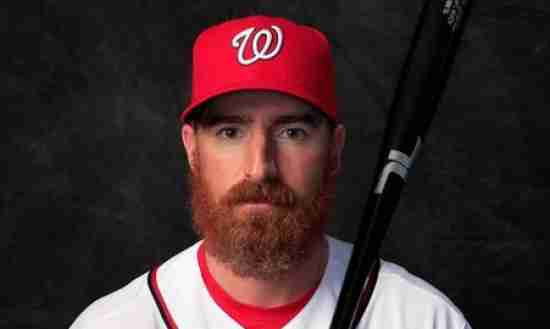 18 Mar
2016
Not in Hall of Fame
Chicago White Sox player, Adam LaRoche surprised Major League Baseball with his surprise retirement this week, though the reason he did so was that team president, Ken Williams, had asked LaRoche to curb the amount of time that his 14 year old son was spending with the team.

The White Sox did not have a policy on the amount of time that players children could spend with the team and the edict by Williams caught LaRoche and his teammates off guard, as his teammates threatened to boycotts today’s Spring Training Game in support of LaRoche, who by retiring suddenly is forgoing 13 million dollars this year in salary.

We will let other websites debate that rule.  What we do here at Notinhalloffame.com is ask the basic question, is Adam LaRoche a Baseball Hall of Famer?

With all due respect to LaRoche, it is an easy one, as he is not a player who will get into Cooperstown and it will be a win for him just to make the ballot.

He retires from MLB with 1,452 Hits, 255 Home Runs and made a Gold Glove and a Silver Slugger as a Washington National in 2012.  It was a good career, and worth applauding and we wish him the best as he has chosen his family over the game.

Kirk Buchner, "The Committee Chairman", is the owner and operator of the site.  Kirk can be contacted at [email protected] . Email This email address is being protected from spambots. You need JavaScript enabled to view it.
More in this category: « Billy Corgan feels that Smashing Pumpkins are RRHOF worthy The Indianapolis Colts to retire Peyton Manning's Number »