Barry Bonds says he is a Hall of Famer 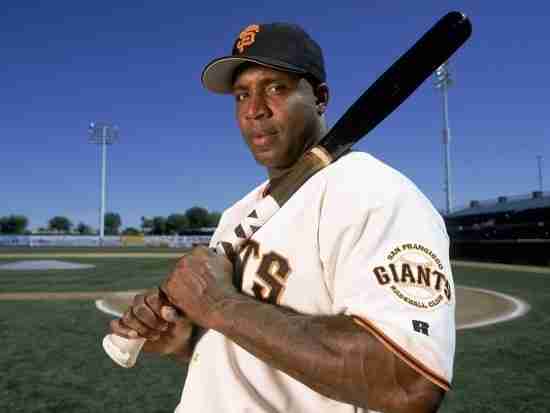 20 Feb
2016
Not in Hall of Fame
Isn’t it always news when Barry Bonds talks about the Baseball Hall of Fame?

Bonds was (once again) asked about the Hall of Fame as he is in back in the game as a coach for the Miami Marlins:

“God knows I am a Hall of Famer…I know that I'm a Hall of Fame player.  I don't really need to get into that.  I'll leave that to you guys to make that determination. That's not my fraternity.

But in my fraternity, in Major League Baseball, there's not one player that ever could sit there and say that I'm not one. There's not a coach who ever coached me that says I'm not one."

Bonds is without question one of the best baseball players of all time, and let us again state what you already know.  Bonds is a seven time MVP and the Home Run king.  We can argue that he is the best offensive player in the last forty years, but the PED stain around him is what has kept him out of Cooperstown thus far.

In the last Baseball Hall of Fame vote, Bonds received well over 40% of the vote, which was the most he has received thus far, but far from the 75% required to enter the Hall.

Will his current role with the Marlins help him get inducted?  It did not exactly do that much for Mark McGwire who was the hitting coach for both the Cardinals and the Los Angeles who may have rehabilitated his reputation with MLB but did not enter the Baseball Hall of Fame.

Regardless, we here at Notinhalloffame.com will be paying attention to what occurs with Barry Bonds and we will remain open in our belief that he is a Hall of Famer.

More in this category: « Heath Miller Retires The Godfather to enter the WWE HOF »