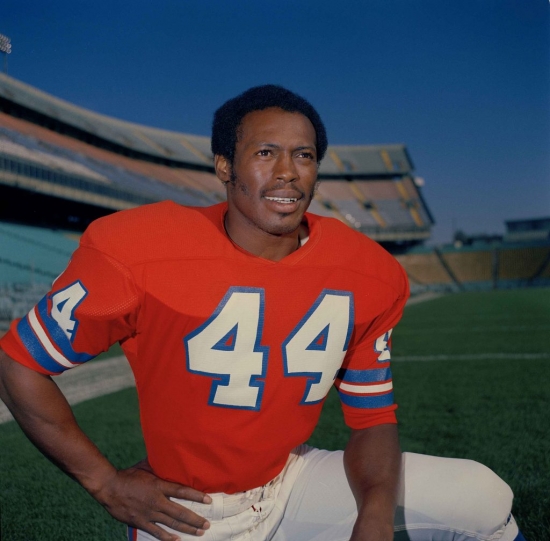 It was announced today that Pro Football Hall of Fame inductee, Floyd Little, 77, is battling cancer.

A GoFundMe page has been set up by Patrick Killorin, his teammate at Syracuse to help with the expenses to fight the disease.

Little was a three-time All-American, and his number 44 was retired by the Orange. The Halfback was chosen seventh overall in the 1967 Draft by the Denver Broncos, which would be the only NFL team he ever played for.  In his nine-year career, Little was a five-time Pro Bowl Selection and would rush for 6,323 Yards, with another 2,418 accumulated in the air.

After he retired, his number was retired by the Broncos, and his name is enshrined in the Broncos Ring of Fame.

We here at Notinhalloffame.com wish Floyd Little the best in his fight against cancer.