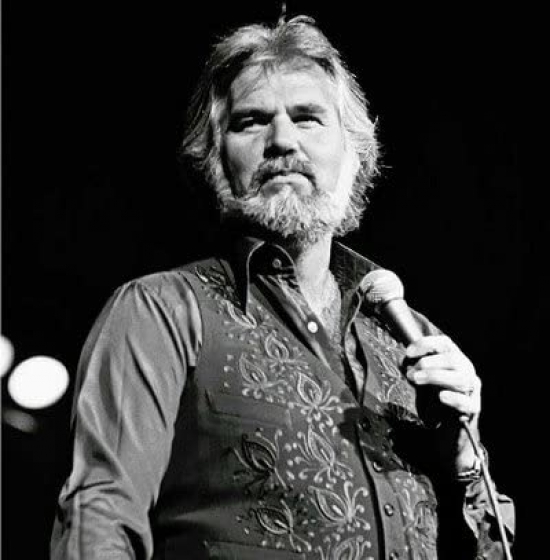 It was announced that Kenny Rogers, passed away last night at the age of 81 due to natural causes.

A legend in country music, it took a long time before Rogers achieved stardom.  The native Texan went from a rockabilly group, to a jazz ensemble, to psychedelic, to folk, and after more than a decade plus he found his first real success with the First Edition.

The group (later renamed Kenny Rogers and the First Edition) would have a hit with “Ruby, Don’t Take Your Love to Town”, which although was not a country song, it had a country flavor to it, and that foreshadowed his future musical direction.

Rogers went solo in the mid-70’s, and over the next ten years, he became a superstar with multiple country-pop crossovers like “The Gambler”, “Coward of the County” “Lady” and “Lucille”.  He also had major success with duets with Dolly Parton “Islands in the Stream” and with Sheena Easton “We’ve Got Tonight”.

Rogers would also cross over into acting, most notably starring in the 1982 film, Six Pack.

He was indicted into the Country Music Hall of Fame in 2013.

We here at Notinhalloffame.com would like to extend our condolences to the family, friends and fans of Kenny Rogers.

Kirk Buchner, "The Committee Chairman", is the owner and operator of the site.  Kirk can be contacted at [email protected] . Email This email address is being protected from spambots. You need JavaScript enabled to view it.
More in this category: « The Video Game Hall of Fame announces their Finalists Travis Frederick suddenly retires »