JBL to the WWE Hall of Fame 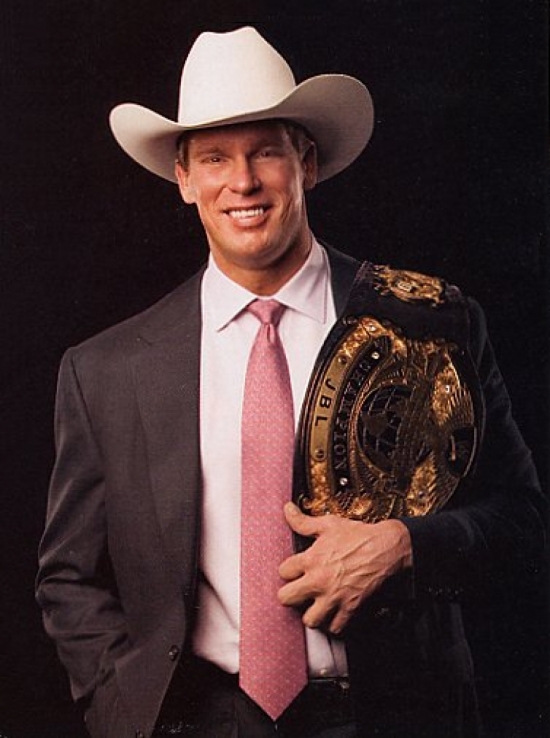 Last night on WWE Backstage, it was announced that John Bradshaw Layfield will be entering the WWE Hall of Fame this year.

After beginning his wresting career in 1992, Layfield signed with the WWE in 1995 as Justin “Hawk” Bradshaw, where the Texan was in full cowboy gimmick similar to Stan Hansen.  The character would see television time, but it was a lower-card gimmick that did nothing more than have a forgettable feud with Savio Vega.

In early 1997, Bradshaw became “Blackjack Bradshaw” and formed the new Blackjacks with Barry Windham.  The team went nowhere, and Bradshaw would be a single again, though this time as a babyface.  He switched back to being a heel, this time forming a tag team with Faarooq and being part of the Undertaker’s Ministry of Darkness stable.  This was a winning tag team, and the Acolytes (their team name) would win the WWF World Tag Team Titles in May of 1999.

Faarooq and Bradshaw stayed together for four years, and following the Undertaker’s sabbatical due to injury, the tandem became fan favorites as they morphed into cigar-shopping, beer-swilling, poker-playing tough guys for hire.  The fans responded, and they would win the tag titles two more times.  The tag team was broken up during the 2002 brand split, and Bradshaw was a mid-card face, who would win the Hardcore Title, but they were reunited a year later on the Smackdown brand.

Around this time, Bradshaw became known for his investments, and would even have a book come out about it. The team would break up for good when Faarooq was put out to pasture by the WWE as an on-screen character, and Bradshaw would don a new character, that of John Bradshaw Layfield, a J.R. Ewing type of rich Texan.  It cliqued, and he would feud with Eddie Guerrero, and win the WWE Championship from him that year.  JBL would have his own stable, The Cabinet, and he would hold the title until he lost it to John Cena at Wrestlemania 21.

JBL would remain near the top of the card, and at Wrestlemania 22, he defeated Chris Benoit for the United States Title.  He held that for a few months, and took time off away from the ring to be a commentator, and let injuries pile up.  He came back in 2007 and after more high-profile feuds, he would win the Intercontinental Championship and lost it to Rey Mysterio at Wrestlemania XXV.  He retired that day.

He would go on to commentate for years after that, and would also develop philanthropic work in his new home in Bermuda. He would induct Ron Simmons into the WWE Hall of Fame in 2012.

We will be revising our Notinhalloffame WWE list of those to consider for the Hall after Wrestlemaia.  For reference, JBL was ranked 29 on our latest list.

We here at Notinhalloffame.com would like to congratulate JBL for his impending induction to the WWE Hall of Fame.

More in this category: « Our All-Time Top 50 Colorado Avalanche are now up Major Update: Our Notinhalloffame Football List has been revised »