The Pro Football Hall of Fame announces their Centennial Class 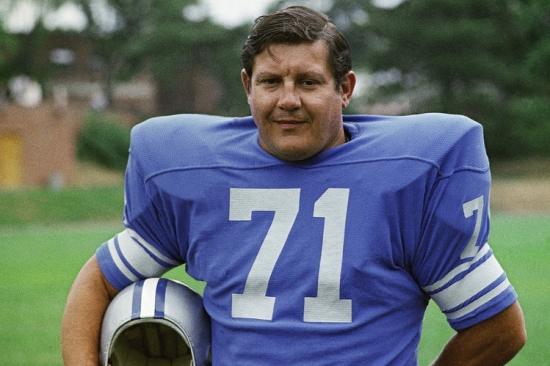 We here at Notinhalloffame.com are trying to think if there has ever been a busier Hall of Fame related day. On the same day that the Rock and Roll Hall of Fame announced their Class of 2020, the Pro Football Hall of Fame (coincidentally, also based in Ohio), unveiled their Blue Ribbon Centennial Class.  This is the first time that the Canton based institution has ever had a panel dedicated to producing this many Hall of Famers, who were not part of the Modern Era pool.

There were 20 Finalists named to Centennial Slate of former players.

Harold Carmichael:  Carmichael was a superstar with the Philadelphia Eagles, where he would lead the NFL in Receiving Yards in 1973, and was a four-time Pro Bowler.  The Wide Receiver would be named to the 1970s All-Decade Team.

Jimbo Covert:  The Chicago Bears Offensive Lineman (1983-91) won a Super Bowl with the Bears in 1985, and he was also the NFLPA Offensive Lineman of the Year. Covert would also be selected for the 1980s All-Decade Team.

Bobby Dillon:  Dillon was a four-time Pro Bowl Selection and is still the all-time leader in Interceptions for the Green Bay Packers, the only team that he ever played for.  He passed away last August.

Cliff Harris:  Playing his entire career at Safety for Dallas, Harris was a Super Bowl Champion, and six-time Pro Bowl Selection.  He was also chosen for the 1970’s All-Decade Team.

Winston Hill:  Hill was a four-time AFL All-Star and four-time Pro Bowl with the New York Jets, and was an integral part of New York’s Super Bowl III Championship.

Alex Karras:  The legendary Defensive Tackle played his entire career with the Detroit Lions, and he was a four-time Pro Bowl and 1960’s All-Decade Team member.

Duke Slater:  A pioneer in every way, Duke Slater was the first African-American Lineman, joining the league in 1922.  He was a First Team All-Pro four times.

Donnie Shell:  The Steel Curtain gains more representation with the induction of Shell.  A member of all four of their Super Bowl wins in the 1970s, Shell was a five-time Pro Bowl recipient at Safety.

Mac Speedie:  Speedie was with the Cleveland Browns for seven seasons, where the End helped take the team to all four AAFC Championships.  He would later go to two Pro Bowls, and overall he was a four-time leader in Receptions.

In the Contributors Section, Steve Sabol of NFL Films enters.  He was at the helm of that division from 1964 to 2012 and he won 35 Emmys.

Sabol is joined by former NFL Commissioner, Paul Tagliabue, who held that post from 1989 to 2006.  The NFL shot up in overall popularity and revenue over his tenure, and expanded by four teams.  The third Contributor was George Young, who was he General Manager of the New York Giants from 1979 to 1997 whose moves led them to two Super Bowls.

Two former coaches, Bill Cowher, and Jimmy Johnson, had already been announced this past weekend.  As there were only two to be selected from the eight who made the list of Finalists, there were no Coaches announced today. Those that did not make the cut were Don Coryell, Tom Flores, Mike Holmgren, Buddy Parker, Dan Reeves and Dick Vermeil.

We hope that that this will lead to the Pro Football Hall of Fame inducting a higher annual number of Senior Candidates in the future.

This group will be joined by five Modern-Era players.  They will be announced the day before the Super Bowl.

Before we congratulate the class, we have to openly take issue with the NFL Network’s broadcast this morning for dragging out the announcement.  While we understood this makes for compelling television, this was not laid out to those viewing, many of whom tuned in at 7:00 EST, for the specific purpose of watching to learn who was chosen.  It was never mentioned that this would be spread out over two hours to those watching. It was also learned that some of the new class who were still alive were told ahead of time (obvious, when Carmichael appeared in studio), and some were waiting by the phone.  While we are sure that no disrespect was intended, we are certain that this is how some of those felt who were not chosen.

All of these players were ranked on our latest Notinhalloffame.com list, and will be removed in February.  We will then remove all were inducted, re-rank those based on your comments and votes, and input those who are now eligible.

More in this category: « The Rock and Roll Hall of Fame Class of 2020 is Announced RIP: Rocky Johnson »