Our Fictitious Athlete Hall of Fame Announces the Class of 2019 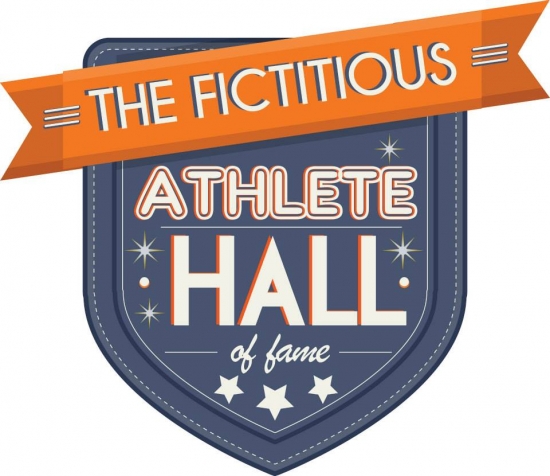 We apologize for the delay, as many of other projects have taken precedence in the last month, but we are proud to announce our Fictitious Athlete Hall of Fame Class of 2020.

Based entirely on all of your on-line votes, this is the 6thfull class.

After a one-year vote, through a Preliminary and Semi-Finalist vote, two of the foes of Rocky Balboa are entering the Hall.  Clubber Lang (Rocky III) and Ivan Drago (Rocky IV) join Balboa and fellow Rocky series regular, Apollo Creed.  These two are joined by the pool shark, Fast Eddie Felson, from The Hustler and the Color of Money

Rocky is represented again in the contributor section, as his wife, Adrian Balboa finally makes the Hall.  She is joined by Coach Ernie Pantusso, former Red Sox Coach and bartender from Cheers. Our first animated character is also inducted, as Sport Goofy enters via the Veteran’s category.

Clubber Lang (Mr. T) finally advances into the Hall, after multiple appearances as a Finalist.  After the World Heavyweight Boxing Champion, Rocky Balboa, had multiple title defenses, he ran into a buzzsaw in Lang, who was the meanest competitor he ever faced.  Land destroyed Balboa to win the Title, but in the highly anticipated rematch, Balboa secured the assistance of his former nemesis, Apollo Creed.  Lang was knocked out in the rematch, and never was champion again.

Ivan Drago (Dolph Lundgren) was an undefeated amateur from the Soviet Union who had a perfect 100-0 record, with all wins by knockout.  He agreed to an exhibition match against Apollo Creed, where he decimated the former champion so badly, that he caused him to die in the ring.  Creed was avenged by the Heavyweight Champion, Rocky Balboa, who travelled to the U.S.S.R. and defeated Drago in a long punishing bout.  Drago went into hiding in Ukraine, and reemerged with his son, Viktor, mentoring him to a World Heavyweight Title match against Apollo’s son, Adonis.

“Fast” Eddie Felson (Paul Newman).  Felson was a small-time pool hustler who challenged the legendary Minnesota Fats. He lost badly in his first attempt, but after a turn of tragic events would soundly defeat the legend. Twenty-five years later, he would stake a young Vincent Lauria.  Newman has previously been inducted as Reggie Dunlop (Slap Shot)

Adrian Balboa (Talia Shire) has always been a Finalist, but on the sixth ballot, she finally makes the Contributor Wing of the Hall.  Equal inspiration and equal wet blanket, she is loved deeply by her husband, Rocky.

Coach Ernie Pantusso (Nicholas Colassanto) was a former coach with the Boston Red Sox, and mentor to former relief pitcher, Sam Malone.  When Malone purchased a bar named Cheers, Pantusso joined him as a bartender. Offering sage and often dim-witted advice with a kind heart, Coach was a beloved part of the Cheers gang.  He died in 1985.

Sport Goofy becomes the first animated entrant into the Hall.  The anthropomorphic dog has been demonstrating exemplarily sportsmanship for decades in every sport imaginable.

Voting has now begun on the 2020 Class and the Preliminary Nominees are now up.

You can find them here.