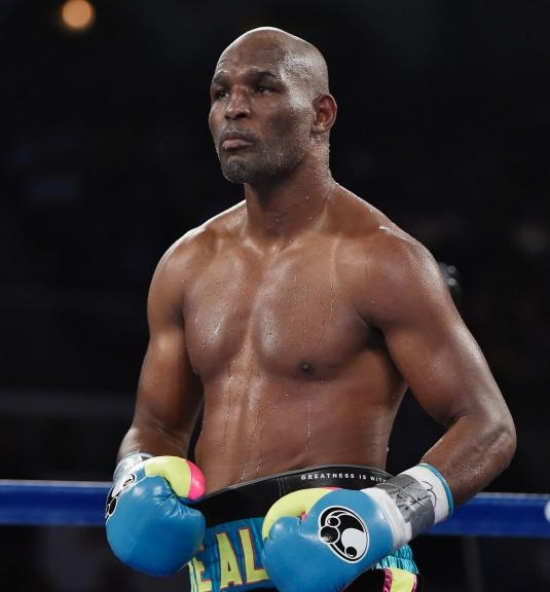 The International Boxing Hall of Fame has announced their 31stClass, which comprises three women who become the first females to enter the Hall.

The Class of 2020 will go in officially on June 14 in Canastota, New York.

Bernard Hopkins:  One of the most successful boxers of all-time, Hopkins is the likely headliner of this group.  Competing from 1988 to 2016, “The Executioner” was the former Undisputed Middleweight Champion and was also a former Lineal Light Heavyweight Champion. He retired with a record of 55-8-2-2 with 32 Knockouts.

Juan Manuel Marquez:  From Mexico, Marquez boxed from 1993 to 2014 and would become the third man to become a World Champion in four different weight classes; Featherweight, Super Featherweight, Lightweight and Junior Welterweight.  The former Lineal Lightweight Champion had a record of 56-7-1 and 40 Knockouts.

Hopkins, Marquez and Mosely were all inducted in their first year of eligibility.

Christy Martin:  Martin is considered the first major name female boxer and the “Coal Miner’s Daughter” would have a record of 49-7-3 with 31 Knockouts.

Lucia Rijker:  From The Netherlands, Rijker was also a very successful kickboxer. As a boxer, she went undefeated with a record of 17-0 and 14 Knockouts.

The third female boxer, Barbara Buttrick, was chosen in the women’s Trailblazer Category.  From England, Buttrick competed in the 1940s and 1950s and had a record of 30-1-1.

Frank Erne enters in the Old Timer Category.  Erne won the Featherweight Title in 1896, and had a record of 30-6-16-1 with 14 Knockouts.  Paddy Ryan was chosen in the Pioneer Category.  Ryan was the bareknuckle American Heavyweight Champion in 1880.

We here at Notinhalloffame.com would like to congratulate the newest and impending inductees for the International Boxing Hall of Fame.

Kirk Buchner, "The Committee Chairman", is the owner and operator of the site.  Kirk can be contacted at [email protected] . Email This email address is being protected from spambots. You need JavaScript enabled to view it.
More in this category: « Our All-Time Top 50 Detroit Lions have been revised Our All-Time Top 50 Carolina Panthers are now up »