Two Teams are Primed to Retire their First Ever Jersey Numbers 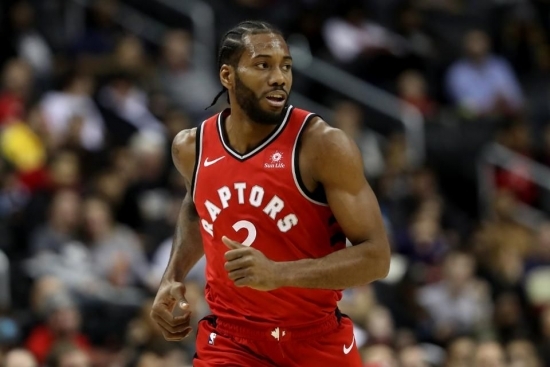 Being inducted into the Naismith Memorial Basketball Hall of Fame is the highest honor for a basketball player anywhere in the world. As the hall celebrates basketball players, coaches, and contributors from all over the world, at all levels, and across all genders, it is a very special achievement for anyone involved with basketball to become an honouree.

However, in the NBA, there is something unique about a player having their jersey number retired. It’s a huge sign of respect from a franchise to the player, coach, or commentator, recognizing the impact that the person had on the organization and the sport.

The NBA is flourishing right now and is stacked with talent. LeBron James is one of the sport’s biggest stars, is a shoo-in for the Hall of Fame and may even have his number retired by the Cleveland Cavaliers and the Miami Heat. There could be a quintuple day of retirement at the Oakland Arena one day. Even though Michael Jordan jokingly dismissed Steph Curry as a Hall of Famer for the time being, Curry, Klay Thompson, Andre Iguodala, Kevin Durant, and Draymond Green could see their numbers hoisted to the rafters or a special ‘Hamptons 5’ jersey to immortalize the team-first mentality of the all-conquering group.

It remains true to this day that two NBA teams are yet to retire any numbers. The 2019 NBA champions, the Toronto Raptors, and the Los Angeles Clippers haven’t flung any player’s number up into the canopy yet.

On 12 January 2019, the Oklahoma City Thunder officially joined the ranks of teams with retired numbers. Nick Collison’s number was the first to be retired by the team since their move from Seattle. So, that leaves just the Clippers and Raptors without a retired jersey number.

While there may still be a sour taste in the mouth of what became of the Los Angeles Clippers, Chris Paul, DeAndre Jordan, and Blake Griffin were once the proponents of change and the core pieces of the awe-inspiring ‘Lob City’ era. Having only been founded in 1970 as the Buffalo Braves before going to San Diego and then finally landing as the Los Angeles Clippers in 1984, the team lacked a history of success and has been mired in controversy before ‘Lob City’ came to town.

Through Paul, Jordan, and Griffin, the fortunes of the Clippers were finally on the up, but somehow, the team never made it to the NBA Finals. The incredibly talented team was forever hampered by injuries and the three have since departed. The franchise and the fans will surely look back fondly on the time of ‘Lob City’ as the trio truly dragged the Clippers out of the basement to give the crowds a reason to cheer and be hopeful.

In winning the NBA Championship for the first time in franchise history last season, the audacious offseason moves made by the Toronto Raptors to bring in the expiring contract of Kawhi Leonard was verified. It did, however, add to the increasingly mercenary-like nature of NBA superstars, with Leonard, predictably, moving on at the end of the season. Forbes notes that Leonard signing for one year with the Raptors, winning the championship as the Finals MVP, and then leaving was a first. It will always be a talking point surrounding Toronto’s win, but ultimately, it was Leonard’s play that won them their first-ever crown.

Leonard is now battling for the Los Angeles Clippers on a big-money deal. With a prolonged stay in LA, and if he delivers on the leading NBA Championship odds of 3/1 to win it all with Betway, as of 13 November, Leonard may be in consideration for a retired number with the Raptors and the Clippers. But if there’s one player on the team who Toronto Raptors fans would most like to see have his jersey retired, it would have to be Kyle Lowry. Since joining in 2012, Lowry has won over the fans, greatly due to his friendship with former teammate DeMar DeRozan, but by helping the team to win its first title, Lowry has cemented himself in Toronto Raptors history.

There is another former Raptor who is remarkably still plying his trade in the NBA who has a claim to a place among the rafters at the Scotiabank Arena: Vince Carter. Now 42-years-old, Carter was traded to Toronto before his NBA debut, but through his gravity-defying, enigmatic play, ‘Air Canada’ put the Raptors on the map.

Both the Los Angeles Clippers and the Toronto Raptors have reason to consider joining the rest of the NBA by anointing a player with the honor of retiring their number.

YLAl5Wjlusk
More in this category: « Our Top 50 All-Time Brooklyn Nets are now up We have revised our All-Time Top 50 Minnesota Timberwolves: KAT now #2 »