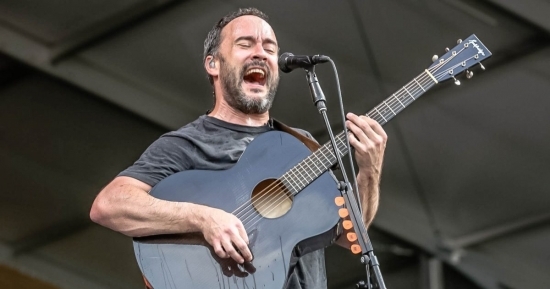 03 Nov
2019
Not in Hall of Fame
In an interview with Billboard, Dave Matthews was asked about his band’s first nomination to the Rock and Roll Hall of Fame.  It was a very humble answer by Matthews, the leader of the Dave Matthews Band.


In addition to saying that he felt “unqualified and undeserving” he had this to say:

“I'm not sure that Lemmy Kilmisterever heard of the Notorious B.I.G., and I'm not sure if the Notorious B.I.G. ever heard of Lemmy, but maybe that's what rock ’n’ roll is… people falling out of their world or getting out of their world and getting in front of everybody and doing something that seems impossible and getting noticed for it. I feel like I don't belong, but I'm pretty happy to be included...in a pretty outrageous lineup of people. If I'm gonna be in a category of people getting into the Rock and Roll Hall of Fame, it's good to be included in one that makes no sense.

I was very happy to hear about it, and it is overwhelming. I do feel undeserving and flattered as well by the whole thing, and I think the whole band does, too. We all reached out to each other to say, 'How bizarre is this?'"

The selection of the Dave Matthews Band could be the most polarizing one of the Finalists.  While they have a wide fan base, they have also drawn the most online criticism of any group to be nominated.

We do have to disagree with Matthews in his claim that this is a group of candidates that makes no sense, as this has been the pattern for nominees over the past decade.

Let the conversations on this topic continue.

More in this category: « K.K. Downing thinks this the year Judas Priest gets into the Rock Hall The Modern Era Committee announces their 10 Finalists for the Baseball Hall of Fame »