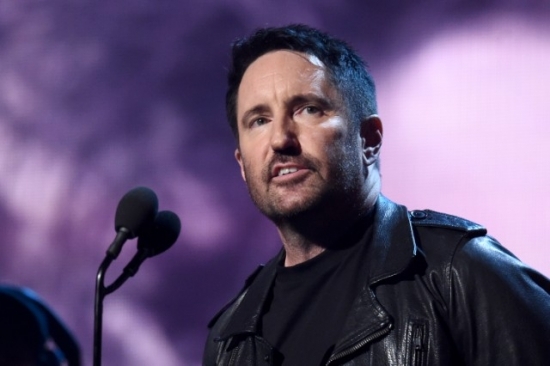 In an interview with Steve Baltin at Forbes, Trent Reznor of Nine Inch Nails discussed his nomination to the Rock and Roll Hall of Fame.

Reznor had in the past been cynical about the Rock Hall, and had even trashed it, but it changed for him when he was the inductor for the Cure last year.

"I get asked to do the Cure, induct them, and I love the Cure. And I wanted them to be inducted properly. I thought I could do a good job, went there. As I was in the audience, sitting there, it felt kind of cool in the audience.  So, I'm sitting at a table with the Radiohead guys, super nice, and I think we all kind of looked at it like, 'This could be bullshit. As we're there it kind of wasn't bullshit. We're watching Bryan Ferry and Roxy Music get inducted, who I love, and then play. And I see a whole arena full of people into it. I walk backstage cause the Cure's gonna come up. I go out and do my thing and I'm not sure if the Cure is gonna resonate with the audience, the audience I see sitting on the floor there is mostly old industry people. Then I walk out to do the induction, it's loud applause for them and it seems real. They come up and I can see that Robert Smith is happy and the other guys in the band are all kind of freaked out. It felt validating. I wanted to see them respected someplace I feel they deserve. It ended up being a pretty cool experience and I thought, 'Alright, it doesn't feel as bullshit as I kind of snarkily dismissed it as.' I don't have any problem admitting I've changed my opinion about something.

Of course, it would be nice to get in. But at the same time, I can look on that ballot this year, Todd Rundgren, Depeche Mode, Kraftwerk. And it's hard for me to make an argument why I should get in before they do.  Those guys, all of them, have been incredibly integral to me even having a band."

He added that if he could have had the inductor he really wanted, it would have been David Bowie.

We here at Notinhalloffame.com are certain that we will have dozens more snippets about the Rock Hall to discuss before the announcement of the Class of 2020 happens in December.

More in this category: « The Black College Football Hall of Fame Announces the Finalists for the 2020 Class Michigan State will retire Draymond Green's number »