The AHL announces their 2020 Hall of Fame Class 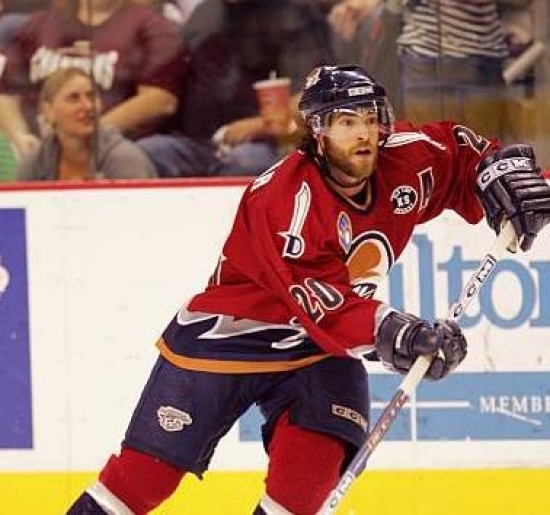 The American Hockey League Hall of Fame announced the four new members of their Hall of Fame, which will comprise the Class of 2020.

Robbie Ftorek:  Ftorek debuted on the pro level with the Virginia Wings where he played two years (1972-73 & 1973-74) and scored 125 Points.  Late in his career, he played 18 Games for the New Haven Nighthawks for 18 Games, but would take over as their Head Coach for three years. Je would later lead the Albany River Rats to a Calder Cup win in 1995.  Ftorek is 11thall-time in wins by a coach in the AHL with 354 and he is a two-time AHL Coach of the Year.  He is also a member of the United States Hockey Hall of Fame.

Denis Hamel:  Hamel played 850 Games in the AHL over a 12-year period and would score 651 Points.  The native of Quebec played for the Rochester Americans, Binghamton Senators and Adirondack Phantoms over his career and in 2005-06, he would lead the AHL in Goals with 56.  His 338 AHL Goals is 11thall-time.

Darren Haydar:  Haydar is one of the most successful players in AHL history, having played in 780 Games and scoring 788 Points.  The forward would win two AHL Championships (one with the Milwaukee Admirals and one with the Chicago Wolves) and he was the AHL MVP and leading scorer in 2006-07, when he was with Chicago.  He is currently the all-time leading scorer for both Milwaukee and Chicago and also for the AHL post-season.

Fred Thurier:  Thurier was the AHL scoring champion in 1940-41 when he was with the Springfield Indians, and he would also be a First Team AHL All-Star.  Following World War II, Thurier played for the Cleveland Barons and would lead them to two Calder Cup Championships.

The American Hockey League was formed in 1936.  This group comprises the 15thHall of Fame Class.

We here at Notinhalloffame.com would like to congratulate the attest members of the AHL Hall of Fame.

Kirk Buchner, "The Committee Chairman", is the owner and operator of the site.  Kirk can be contacted at [email protected] . Email This email address is being protected from spambots. You need JavaScript enabled to view it.
More in this category: « Brian McCann Retires David Freese Retires »