Seven NBA Teams who could win it all in 2020 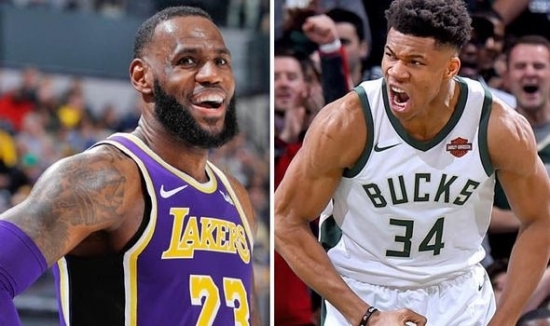 The 2019-20 NBA Season will tip off next month and unlike in years past, there is no consensus pick to win the Championship.

Star upon star has switched team leading to an unprecedented amount of uncertainty on the top of the NBA’s food chain.  As you can imagine, this has led to wide speculation as to who could possibly emerge as the 2020 NBA Champions and pundits like us here at Notinhalloffame.com and Sports Booking sites like Sports Interaction. But before you take the step and join this operator, you have to remember that you always need to read reviews. By doing so, you prevent the chances of being fooled or scammed by fake or un-secured websites. This is why reading a sports interaction review is very important before taking any step. There are many aspects that have to be checked before deciding if a certain website is legit or not. Now, let's get back to our review!

We have seven teams that we think could take it all, and notably last year’s Finalists (Golden State and Toronto) are not among them.

Milwaukee Bucks:  Giannis Antetokuonmpo is the reigning MVP and he hasn’t turned 25 yet, meaning he is likely to only get better.  With a returning Khris Middleton, the Bucks won’t creep up on anyone this year but the added playoff experience can only make them better.  Anytime, you have a situation where the best player is on the court is on your team, you have an excellent chance to win.  Milwaukee has that in every game they play.

Brooklyn Nets:  Can Kyrie Irving do for Brooklyn, what he couldn’t do for Boston? Kevin Durant, the other big name the Nets signed in the off-season won’t be able to help much (if at all) and Irving does not have as good a supporting cast as he did with the Celtics.  What he might have his chemistry, and he does have a chip on his shoulder.

Philadelphia 76ers:  Joel Embiid and the rest of the “process”was one Kawhi Leonard bucket from the Eastern Finals.  Like the Bucks, this is a team that will benefit from post-season experience and Embiid is only getting better.

Los Angeles Clippers:  Kawhi Leonard is returning home to L.A. and he is bringing Paul George with him.  Leonard is already a two-time NBA Champion and was the Finals MVP in both of them. George is coming off the best season of his life where he finished third in MVP voting.  This is a more dynamic combo than Chris Pail and Blake Griffin and could take the Clippers to their first Finals and possible Championship.

Los Angeles Lakers:  The Clippers crosstown rivals have added Anthony Davis, who now has the elite teammate (LeBron James) that he never had in New Orleans.  The question that people should be asking is how much elite that James has left.  At age 34 and a lot of mileage from long playoff runs it is conceivable that we are not that far off from seeing him hit the athletic wall.

Denver Nuggets:  The Nuggets are a very good team that finished second in the regular season in the West.  Their star player from Serbia, Nikola Jokic, could be a sleeper candidate for the MVP. They are the best team that nobody talks about.

Houston Rockets:  It is James Harden and Russell Westbrook 2.0 and in terms of offensive excitement, this is the must watch team in the NBA.  Harden and Westbrook are former MVPs and both could win it again, but both want their first Championship.  Could this be their year?

We know that we will be watching intensely with this being the most up in the air season in recent memory.

Kirk Buchner, "The Committee Chairman", is the owner and operator of the site.  Kirk can be contacted at [email protected] . Email This email address is being protected from spambots. You need JavaScript enabled to view it.
More in this category: « The U.S. Olympic Hall of Fame announced their 2019 Class The PFHOF announced their Blue Ribbon Committee for the Class of 2020 »