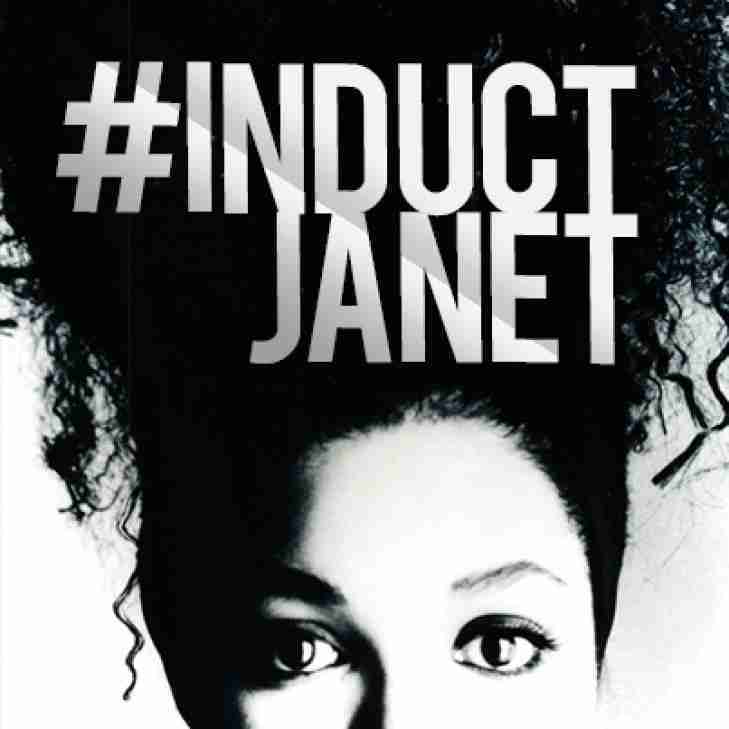 23 Feb
2015
Not in Hall of Fame
Last year, we had the pleasure of interviewing Mike Litherland, the head of the online campaign to get Janet Jackson inducted into the Rock and Roll Hall of Fame.

What a difference a year makes!

Since that time, the movement has grown exponentially, and shows no sign of slowing down.  Perhaps what impressed me the most is the class in which Mike and his supporters have shown, choosing to extoll the virtues of Jackson as opposed to knock the institution itself, a breath of fresh air as similar campaigns for other musical acts took their beliefs to a more critical and derogatory tone.

We had the chance to speak with Mike and what has changed since we last spoke.


Since we first spoke your Facebook campaign had 14,000 Likes. I see now that has exceeded 50,000. What would you say has helped drive that number so high in such a quick period of time?

The page really started to take off last summer leading up to the nomination announcements. The hardcore fans rallied and helped make #InductJanet trend on Twitter and Facebook and that's had a major impact. When Janet wasn't nominated again last year there was a lot of disappointment and #InductJanet quietly started to trend again. It's really gained momentum now which is both exciting and humbling at the same time.

There have been a lot of print and Internet articles mentioning Janet and the Hall of Fame; certainly considerable more than there was two years ago. I think your efforts have certainly played a part in that. Has there been one article in particular that you have read that just made you say “Yes, that sums it up perfectly!”

I agree. And that's exactly why I started the page - to keep Janet's name fresh in the Nomination Committee's minds. We've definitely raised awareness and time and time again we're hearing.... "Yeah, what about Janet? Why hasn't Janet even been nominated yet?" It's great reinforcement and a solid reminder of Janet's overall impact. I stumbled across a recent blog posting that was really well written and nailed the case for Janet Jackson's nomination. http://hiddenunderheadphones.com/2015/02/07/the-rock-and-roll-hall-of-fame-the-case-for-janet-jackson/

Has there been anyone unexpected who has reached out offering to help or giving a kind word to the cause?

We've gained all kinds of support. Jimmy Jam (producer) and Missy Elliott have retweeted articles and posts. Quest Love, who's on the Nomination Committee, encouraged us to not give up. It's great to see support not only from fans but also members of the music community.

I imagine you have seen in her in concert. I have thought that she did not get credit for being a very good live act. Do you have any favorite memories of seeing her in concert?

I've seen each of Janet's tours...multiple times. I won't disclose how many times but it's quite a few. She definitely puts on an amazing show. In many ways, her shows are reminiscent of the Broadway musical experience. And there are elements of her shows that continue to be emulated by this newer generation of artists. Janet's first tour, the Rhythm Nation 1814 World Tour, remains the most successful debut tour of any artist in history. That's pretty amazing considering that was back in 1990.

Last time we talked, you mentioned that Janet’s inactivity over the past few years might be hindering her a little bit, but that there was new material in the works. What musical direction would you like to see her go in next, and is there one that you think that would make those on the Nominating Committee react to?

I just hope she's truly connected to the project. Her last album, 2008's "Discipline", was the first album since "Control" (1986) that she didn't write or co-write the lyrics. "Discipline" wasn't a bad album - but it isn't revered as one of her best. She seems to be taking her time and I'm sure she's writing about what's she's experienced. And she's certainly had a lot to draw from in the death of her brother and marriage to a new love. Her fans are hungry for new material and for the first time in a very long time, the industry seems ready for her return, too!

Unrelated question, what were your thoughts on this year’s Rock and Roll Hall of Fame class? Personally, I thought this was one of the weakest groups in the last five years.

I agree with you here. I thought the most recent group was rather weak, too. It just seemed like a really safe list of nominees. It'll be interesting to see the direction the Nomination Committee takes later in the year when they announce the list of 2016 nominees.

We here at Notinhalloffame.com would like to congratulate Mike on all the progress that he has made on the #InductJanet campaign and are very eager to see how it grows throughout 2015.

+2 #8 Knuckles 2015-04-07 13:57
The voting process has become a disgusting joke. Cronyism and favoritism rule the day. Ms. Jackson belongs, period.
Quote
+2 #7 Rump Shaker 2015-03-09 13:59
i read both interviews and Mike did a great job. You can tell he's a big fan and knows his stuff, but seems knowledgeabl e about the Rock Hall in general. I guess we have a good leader in the #InductJanet fight.

They need to recognize this. Especially the fact that she was able to emerge our of Michael's shadow - and ACTUALLY UPSTAGE HIM for a better part of a decade. That is amazing!
Quote
+4 #4 VuVu 2015-03-03 14:01
Great Interview, please keep up the great work and I am sure your efforts will be rewarded. Let's face it Mike is fighting to get someone in the rock and roll hall of fame that will inevitably be there one day. I support the efforts to have Janet Jackson inducted sooner rather than later. She is overdue.
Quote
+3 #3 Enigmaticus 2015-03-03 06:07
Janet's career definitely had promise in the 80's and 90's and even well into the early 2000's. Her last true hit on the charts was "Someone To Call My Lover".

I agree with Mike in this interview that Janet needs to release a kickass album and that should be all that's necessary to push her over the edge with the committee. Janet's nomination is inevitable. They may as well induct her already.
Quote
+3 #2 Oogimal 2015-03-01 21:28
Great interview! Mike Litherland Rocks!
Quote
+4 #1 King Game 2015-02-24 17:25
I kept my eyes on Janet Jackson last year because of this interview. Since she's been out of the limelight I had forgotten about how big of an impact Janet really had. She was on top of the Pop and R&B music world for decades. I'd like to see her nominated at the very least.
Quote
Refresh comments list
RSS feed for comments to this post