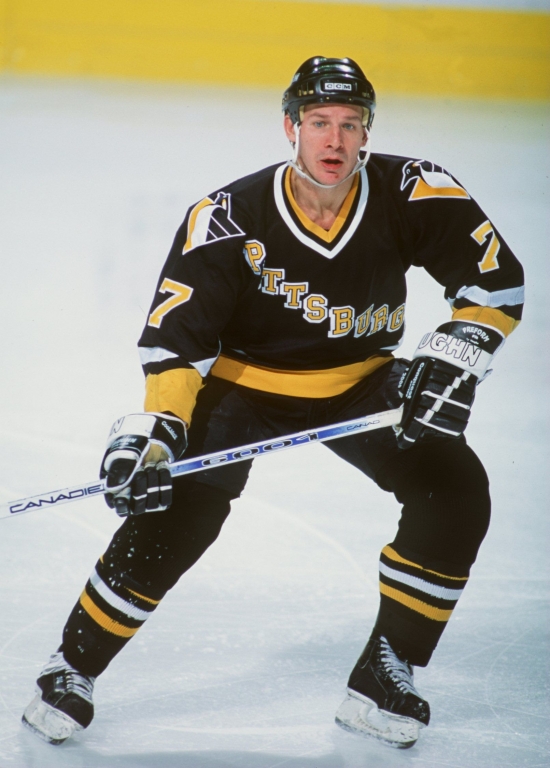 After playing 10 seasons combined with the St. Louis Blues and Calgary Flames, Joe Mullen would bring to Pittsburgh a resume as a previous Stanley Cup ring (Calgary in 1989) and was a two-time Lady Byng Trophy winner.  You could argue that Mullen was stolen, as Calgary gave up a 1990 second round pick for him, as they thought he no longer would be productive as he dropped from 110 to 69 Points.  They would be wrong.

The Penguins had put together a young and potent scoring machine and Mullen was added to help provide a winning pedigree and a veteran presence.  He would only play 39 Points in 47 Games in 1990-91 (his first season with Pittsburgh) but he was a part of the team that brought the Stanley Cup to the Steel City for the first time.  Mullen had a healthy second season in Pittsburgh, scoring 87 Points, and would again help the Penguins win the Stanley Cup, Mullen’s third overall.

Mullen played three more years with Pittsburgh, with the first two seeing him score 70 Points.  He would sign as a Free Agent with the Boston Bruins in 1996, where he played for one year before coming back to the Pens for one final year in the NHL.