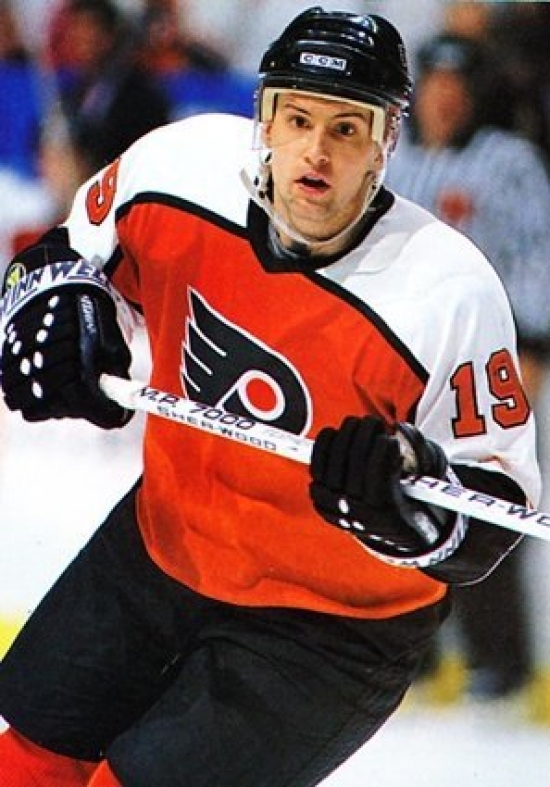 From Sweden, Mikael Renberg was a rookie sensation in 1993/94 where he would score 82 Points and was put on a line with John LeClair and Eric Lindros to form the very popular “Legion of Doom”.  Renberg would never have a season like his rookie season but he would have another two 50 Point seasons with Philly.  Renberg would be traded to the Tampa Bay Lightning in 1997 but the fan favorite would return again for two and a half seasons when Tampa traded him back to the Flyers.