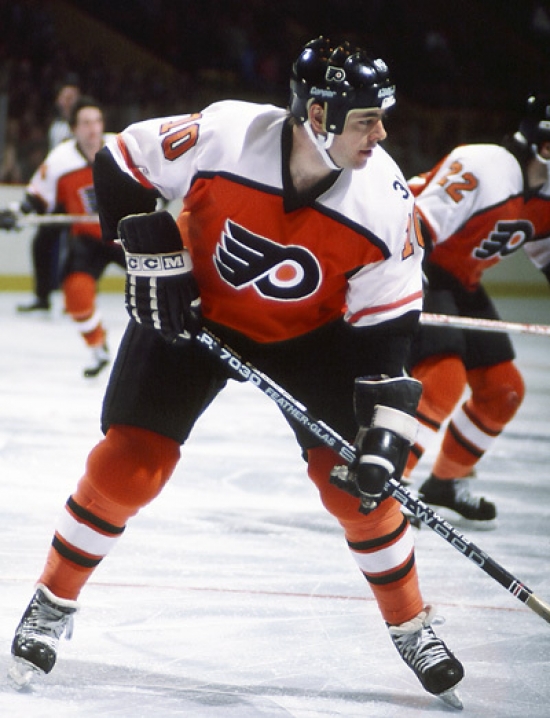 Brad McCrimmon may never have been an All Star when he was with the Philadelphia Flyers but he was certainly worthy of consideration.  With the Flyers, he would finish in the top five three times in Plus/Minus and the top ten three times in Defensive Point Shares (including a first place finish in the 1985/86 campaign) and he would have a career high 56 Points in 1985/86.  His overall numbers with Philadelphia would see him score 187 Points with a Plus/Minus of 225.

McCrimmon would later be a Stanley Cup Champion and a Second Team All Star with the Calgary Flames.  Sadly he would perish during the plane crash that killed the entire Lokomotiv Yaroslavl team of the KHL.  He was lasted to debut as the team’s Head Coach prior to the disaster.