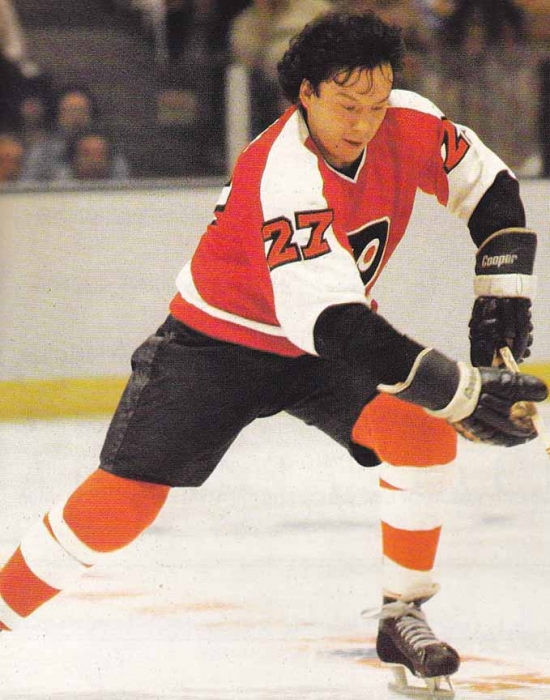 The First Nations star from Manitoba played for the California Golden Seals for a few seasons before he arrived in Philadelphia but arguably nobody foresaw what he would accomplish in the City of Brotherly Love.

The Flyers had already won their first Stanley Cup the season before Leach’s arrival and he provided more scoring punch to an already potent offense.  Leach upped his production to 45 Goals in the 1974-75 regular season and helped them win the Stanley Cup for the second time.  The season after, Leach went on an absolute tear with a league leading 61 Goals and a Second Team All Star Selection.  His post season was even better as he took Philadelphia to the Stanley Cup Finals and while they didn’t win he put 19 Goals in the net en route to a Conn Smythe Trophy as the MVP of the Playoffs.