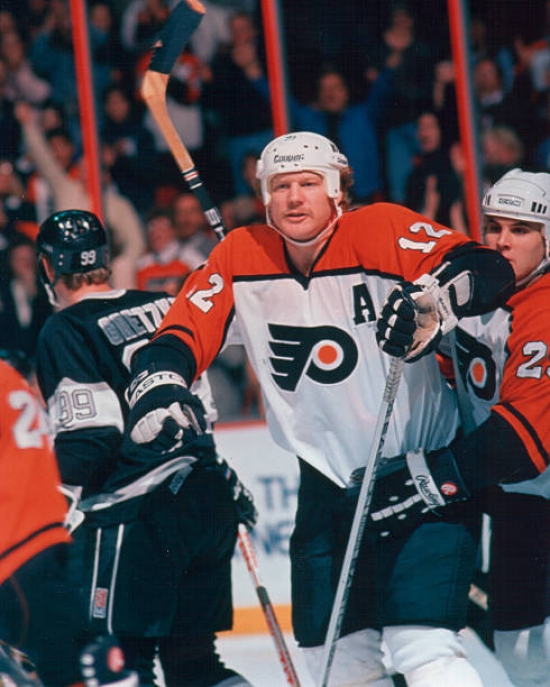 Tim Kerr went undrafted yet his tenacious play and the way he overcame injury after injury would earn him a permanent spot in the Philadelphia Flyers lineup.  Maybe spot isn’t the right word as slot might be more accurate as that is where he would find himself in front of the opponents’ net.

Kerr would become dubbed “The Sultan of Slot” and in the 1983-84 Season he would put the puck in the net 54 times.  He would reach that mark the next year and would tally 58 in the next two making him a four time 50 Goal scorer in four straight seasons.  Kerr’s power allowed him to keep his place in front of the net and it was no surprise that he was a three time NHL leader in Power Play Goals.  After a serious injury he would return with a 48 Goal season and would win the Bill Masterton Trophy, which honored hos perseverance.

He would score 363 Goals over his Flyers career, which is good enough for third overall in franchise history.