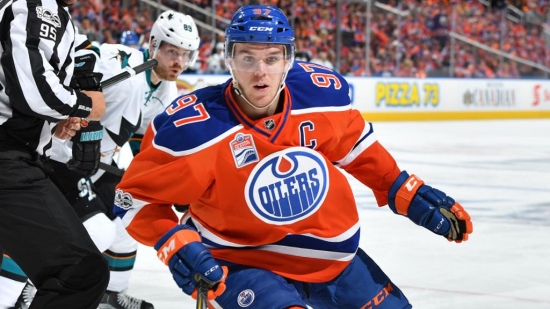 There was no doubt that the Edmonton Oilers would select Connor McDavid with their number one pick in 2015.  He was the consensus top prospect and was pegged as a future Hart Trophy winner.  Entering his fifth season, he has already done that.

McDavid's rookie seasons had a leg injury that took him out of half of the season, but he still scored 48 Points in 45 Games.  The Center was healthy for all of 2016-17, and he would do precisely what was expected of him why leading the NHL in Assists (70), Points (108), and would win both the Hart and Ted Lindsay Award, not to mention earning First Team All-Star honors.  McDavid won the Pearson again in 2017-18, was fifth in Hart voting, and won his second straight Art Ross with 108 Points.  McDavid actually exceeded his personal highs last year with 75 Assists and 116 Points but finished second in both statistics to Tampa’s Nikita Kucharov.  He was third in Hart Trophy voting.

Entering his seventh season with Edmonton, McDavid’s arrival has not translated into a lot of post-season success, but there is still time for one of the best players in the game to do take them to the promised land.

His high ranking will undoubtedly climb upon this list.