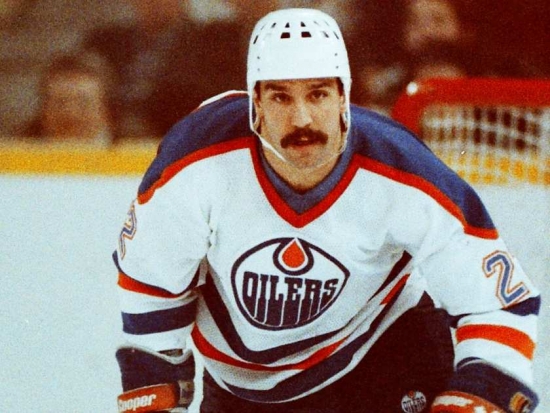 Charlie Huddy is one of the few players who was with the Edmonton Oilers for all five of their Stanley Cups, which was an incredible accomplishment considering he went undrafted.

Huddy was signed by Edmonton in 1979 and would his way as a regular on the Oilers’ defensive unit by 1982-83.  That year he would win the first ever Plus/Minus Award with a +61, and he had his best scoring season with 57 Points.  He would also finish 6th in Norris Trophy balloting, and did so again the following year.  Throughout his time with Edmonton, he would have five more campaigns where he had more than 50 Points.

Charlie Huddy may never have been an All-Star, but he knew his role in hockey and had five Stanley Cup Rings to show for it.  He would score 368 Points for Edmonton over his 11 seasons there.