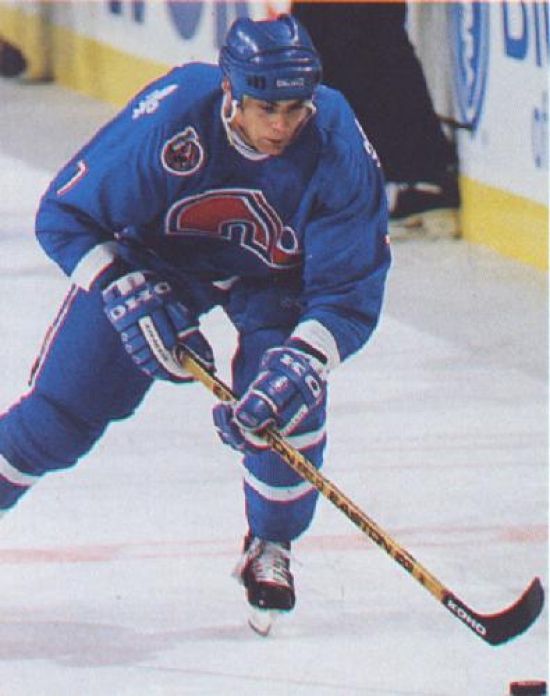 Curtis Leschyshyn was able to play over 1,000 Games in the National Hockey League (1,033), with slightly over half of them being with the Nordiques/Avalanche.

The 3rd overall pick in the 1988 Draft, Leschyshyn, paid attention to the defensive side of the ice, though he was just as comfortable quarterbacking the power play.  The Defenseman would have two seasons where he finished in the top ten in Plus/Minus, peaking with a second place rank (+29) in 1994-95.  He would also place sixth in Defensive Point Shares that year.

The Nordiques relocated to Colorado in 1995, and Leschyshyn was a member of the organization’s first ever Stanley Cup Championship.  That was essentially the end for the Defenseman in Colorado, as he was traded to Washington early in the next season.

Overall, Leschyshyn had 141 Points for the team.