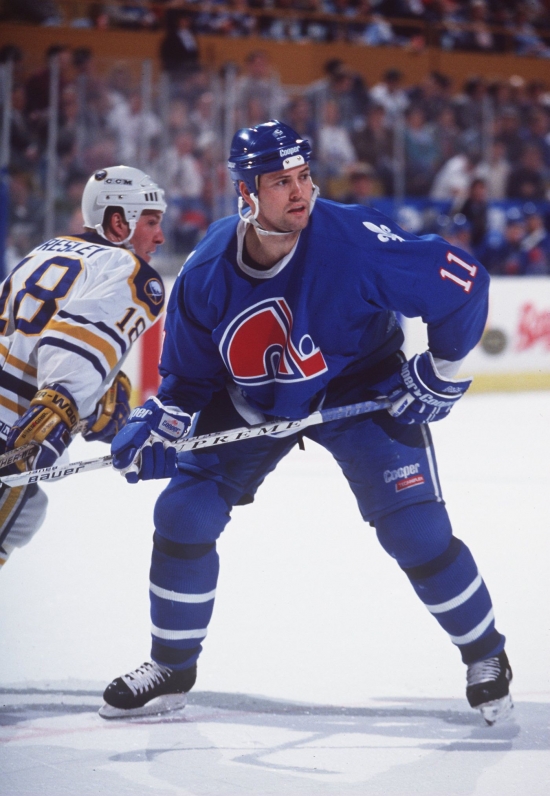 Drafted number one overall in 1990, Owen Nolan had a slow start as a rookie, only scoring 13 Points in 59 Games, but he would turn it around the following season.

Nolan would light the lamp 42 times as a sophomore (1991-92) and would make the All-Star Team.  He remained strong with a 77 Point year to follow, but injuries took him out of most of the 1993-94 year.  In what would be the last year of the franchise in Quebec, Nolan scored 49 Points in 46 Games and was poised to continue his Point per Game average when the team relocated to Colorado.  Or so we thought.

Early in the year, he was traded for Sandis Ozolinsh, as the Colorado Avalanche felt they needed to shore up their defense.   The Avalanche would win their first Stanley Cup, and Nolan would go to the All-Star Game that year, though, as a San Jose Shark.

Nolan would score 224 Points with a .83 PPG for the organization.