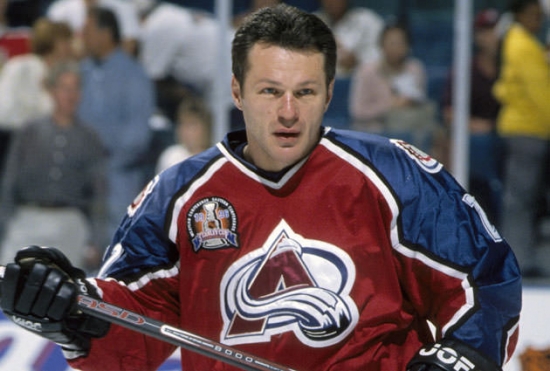 Three things come to mind when you think of Claude Lemieux.

The first is that he was the supreme agitator, and was considered by many to be a dirty hockey player.

The second was that he won a lot.

The third was that when the lights were on the brightest, he was at his best.

Are you caught up?

Lemieux arrived as a pre-season trade in 1995, the first season that the Nordiques became the Colorado Avalanche.  By this time, Lemieux had already won two Stanley Cups, one with the Montreal Canadiens, and one with the New Jersey Devils, where he won the Conn Smythe Trophy.  As a member of the Avalanche, Lemieux helped Colorado win the 1996 Stanley Cup.  The Avs didn’t win the Cup the year after, but he was so dominant in the post-season that his 13 Goals would lead all skaters.

He would later win a fourth Stanley Cup when he returned to New Jersey in 2000.

The Forward played four seasons with Colorado and would have 212 Points over 297 Games and had 55 Points in 62 playoff games for the Avalanche.