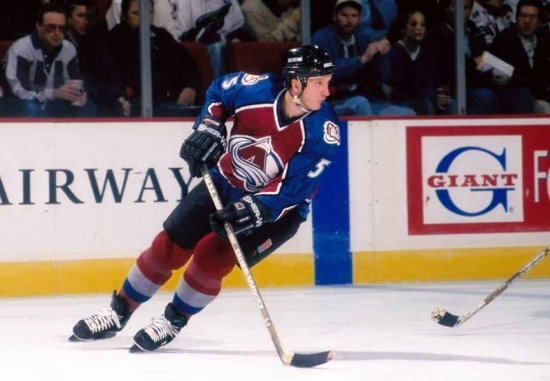 The Quebec Nordiques were ahead of the curve in regards to looking at Eastern Bloc talents as they drafted many a player that was in Communist countries, which seemingly could never play in the NHL.  As history has shown us, they were right.

The Nords drafted Soviet Defenseman, Alexei Gusarov, in the 11th Round in 1988, and he went from the Red Army to the Quebec Nordiques in 1991.  Gusarov was a stay-at-home blueliner who protected his end of the ice with precision skill.  He was one of the players that were part of the franchise relocated to Colorado, and that magical first season in the shadow of the Rocky Mountains.  Gusarov was a large part of the 1996 Stanley Cup Championship, and he would lead all skaters in that post-season in Plus/Minus with +13.

Gusarov remained with the team until he was traded to the New York Rangers in 2001.  As a member of the Nordiques/Avalanche, he would score 159 Points in 565 Games with a Plus/Minus of +55.