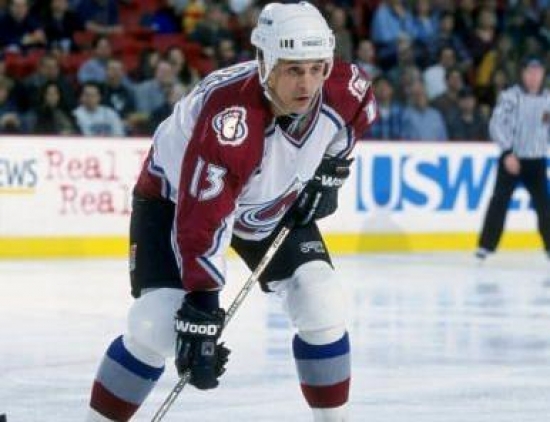 From the Soviet Union, Valeri Kamensky was one of a handful of players that NHL teams began to draft in the possible anticipation that they could one day play in the NHL.  Kamensky was drafted in 1988 by the Quebec Nordiques, and he would debut for them in the 1991-92 season.

The Left Winger would become an excellent offensive producer, and he would have four seasons where he achieved over 60 Points in a season.  Kamensky’s best season was in 1995-96, where he had a career-high 38 Goals, 47 Assists, and 85 Points.  This was the first season for the franchise in Colorado, and Kamensky would help the Avalanche win the Stanley Cup.  He would later be an All-Star in 1998.

Overall, Kamensky scored 414 Points in 460 Games for a.90 Points per Game Average.