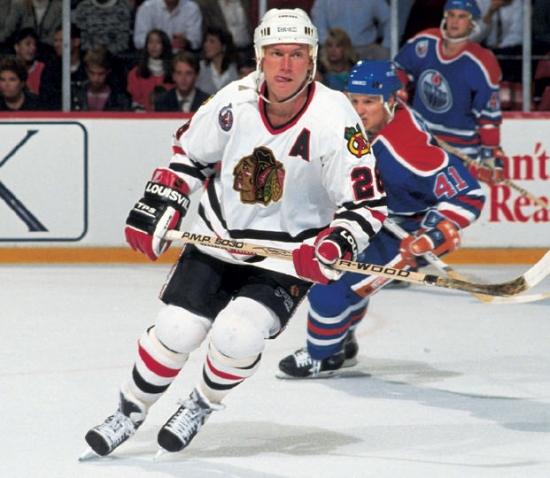 With the exception of his last two seasons (which were with the New York Rangers), Steve Larmer was a Chicago Blackhawk throughout his professional career.  A later round pick in the 1980 Draft, Larmer proved to be a pleasant surprise as he would provide Chicago with 674 Points and would make two All Star appearances after being named the Calder Trophy winner in 1983.  His best season was in 1990-91 where he scored 101 Points and finished fifth in Hart Trophy voting and third in the tally for the Frank J. Selke Trophy.

He would be known for his durability, as he would play 884 consecutive games for Chicago, a record for one NHL team.