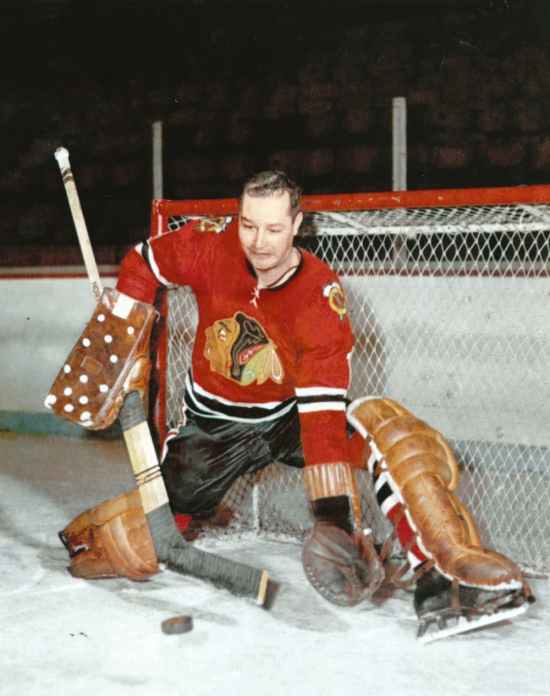 Glenn Hall is one of the greatest Goaltenders of all time and it was in the Windy City where he proved himself to be among the elite not only of his era but forever.

The grandfather of the butterfly style of netminding was shockingly traded with Ted Lindsay from Detroit to the Blackhawks and it was certainly more beneficial for Chicago.  Hall would go onto the bets stretch of his career where he would win two Vezina Trophies and was named a First Team All Star five times as a Blackhawk.  The franchise would rely on his skill as much as they could and had he had a more complete team arguably Hall could have done more in the post season but he was superstar in Chicago and arguably one of the best of all-time.  As a Blackhawk, Hall would finish first in Goalie Point Shares.

Hall would be chosen by the St. Louis Blues in the 1967 Expansion Draft and was still an elite backstop for a few more seasons.  He would enter the Hockey Hall of Fame in 1975.