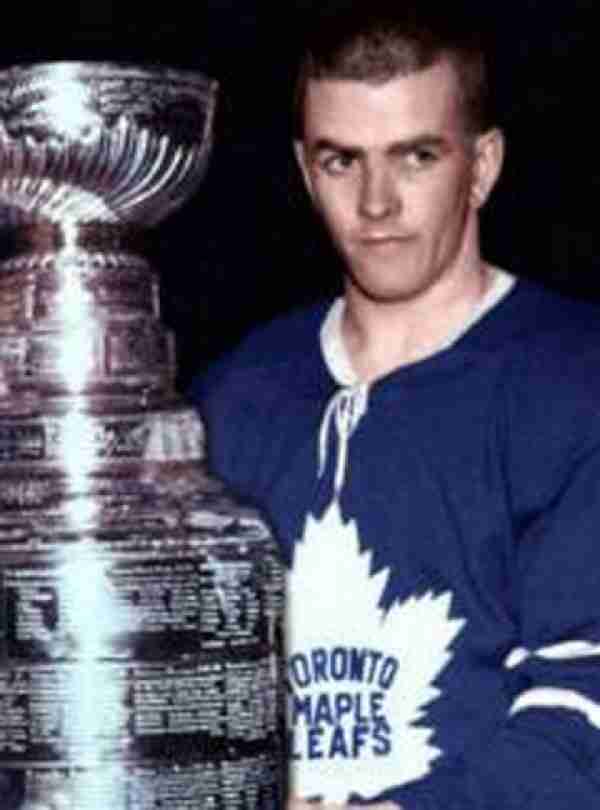 One of the best players of all time for the Toronto Maple Leafs, Dave Keon was probably its classiest. The 1961 Calder Trophy winner brought an abundance of skill to the Leafs with his speed, deking ability and a diverse collection of shots. Keon was an expert penalty killer, and even more of an expert staying out of the penalty box himself as shown by his two Lady Byng Trophies (and the two equivalents he won in the WHA).


Keon was a major reason that the Maple Leafs won four Stanley Cups in the 1960’s and he was not just popular with the fans because of it, but with his team mates as well. This was not the case though with ownership as the mild mannered Keon, fell out of favor with the curmudgeonly Leafs owner, Harold Ballard. Keon, who was the Captain of Toronto was not resigned by the Leafs and he bolted to the WHA and remained a productive player. Keon would finish out his playing days in New England, who was rechristened as the Hartford Whalers when they joined the NHL. The ever humble Keon, retired without a press conference; he simply did not want to draw attention to himself.

The same could be said about his acrimonious departure from Toronto. Despite countless overtures after Ballard’s death and new ownership (who honored the past instead of burying it like Ballard did) it would not be for decades later that Dave Keon would set foot in a Toronto Maple Leafs event. When he finally did (in 2007 when the Leafs honored the 67 Cup team) he received a huge ovation; probably one of the most deserving one in sporting history.

Should Dave Keon be in the Hall of Fame?

Should Dave Keon be in the Hall of Fame?