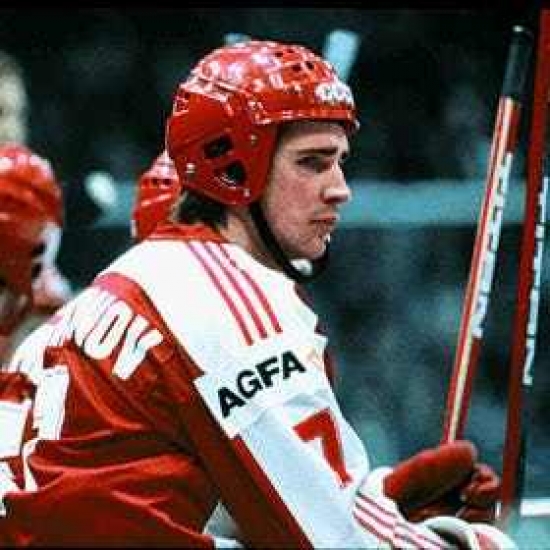 Without a doubt there was a slew of phenomenal players who came out of the Soviet Union and the machine that was the Red Army.  One such great player is blueliner Alexi Kasatonov, who played for the elite national team throughout the 1980’s where he was a two time Olympic Gold Medal winner (1984 & 1988), a Canada Cup Gold Medalist (1981) and a five time World Hockey Championship winner.  Kasatonov was easily among the elite of Soviet Defenseman and he was also a multi-time champion in the Soviet League with CSKA Moscow.  He would join the NHL at age 30 and while he was not a top player anymore, he was a still an All Star in 1984.

Already a member of the International Ice Hockey Federation Hall of Fame, Kasastonov does warrant some consideration here.

Should Alexei Kasatonov be in the Hall of Fame?