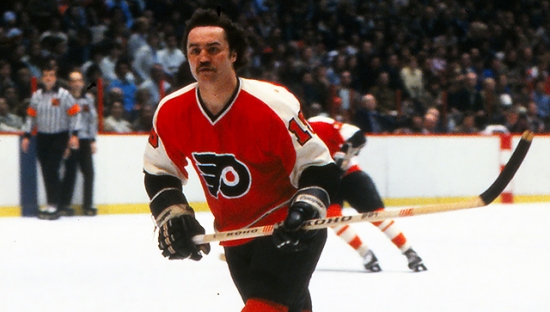 When you think of the Philadelphia Flyers in the 1970’s you automatically come up with the images of the bruising “Broad Street Bullies”, the pounding and bruising team that won and fought a lot.  That is all fine and good (and it was pretty good) but you still needed hockey players to put the puck in the net.  Rick MacLeish could do just that.

MacLeish was a 100 Point scorer in the 1972-73 season and he would also score 70 or more Points five times for the Flyers.  While he was a part of the Flyers back-to-back Stanley Cup championship seasons, he was not given a lot of the press.  Perhaps he should have received more as in both cases he was the post-season’s leading scorer with 42 Points combined in those runs.

Should Rick MacLeish be in the Hall of Fame?