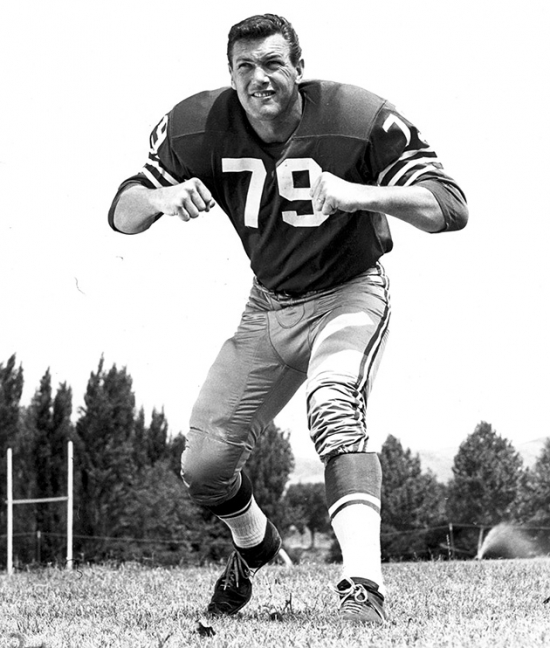 Bob St. Clair was a Third Round Pick from Tulsa in the 1953 Draft, and the player they called the "Geek" would make the San Francisco area his home for the rest of his life.

As a rookie, St. Clair won the starting Right Tackle job, and he held that occupation until he retired in 1963.  One of his day's best blockers, St. Clair, was as tough as he was intelligent.  St. Clair went on to participate in five Pro Bowls and was also a Second Team All-Pro five times.  The Lineman was also excellent on Special Teams, and was credited with blocking ten Field Goal Attempts.

Coincidentally, St. Clair became the Mayor of nearby Daly City, California, from 1958 to 1964 and was a County Supervisor in San Mateo County from 1966 to 1974.

As a player, St. Clair started 117 of his 119 Games played, and he was elected into the Pro Football Hall of Fame in 1990. The 49ers added to that honor by inducting him into their franchise Hall in 2009 (as part of the first class) and retiring his no. 79 eight years earlier.