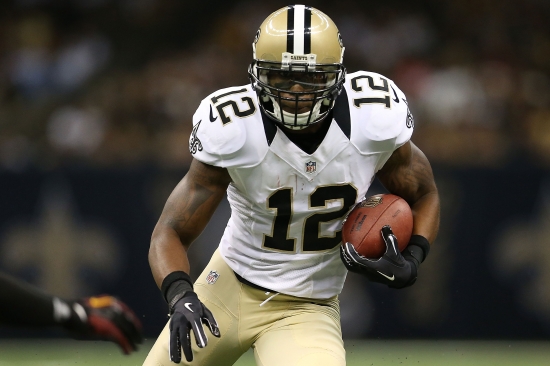 Was Marques Colston a superstar?

Probably not, as he was never an All-Pro, nor was he a Pro Bowl, but there were multiple seasons where Colston could have easily earned a Pro Bowl selection.

Playing his entire career with the New Orleans Saints, Colston arrived in the Bayou as a late-round pick from Hofstra.  Colston turned into a surprise as he was an All-Rookie with 1,038 Yards.  Over the next six seasons, Colston would reach at least 1,000 Yards in five of them, peaking at 1,202 Yards in 2007.  Colston helped the Saints win Super Bowl XLIV.  Colston had 788 post-season Yards with four TDs over 10 Games. He would have another two 900 Yard years in 2013 and 2014, and he was released after plummeting to only 520 Yards in 2015.

After he was released, he did not play again in the NFL.  As of this writing, Colston is the all-time franchise leader in Receptions (711), Receiving Yards (9,759), and Receiving Touchdowns (72).