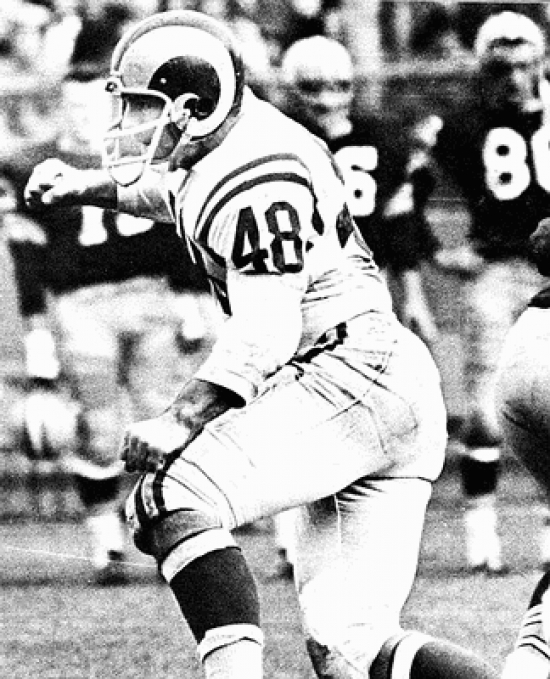 Drafted by the New York Yanks second overall Les Richter never suited up for them as they folded.  His rights went to the new Dallas Texans (who pretty much took most of the Yanks), but he never played for them either as he was traded to the Los Angeles Rams for 11 players.  While this may look lopsided, it was but in favor of the Rams!

Richter was incredibly versatile, and he was used at Linebacker, Guard and was also a Kicker.  Regardless of what he was doing on the gridiron, he was incredibly capable as he was named to the Pro Bowl in eight of his nine NFL seasons.  Richter was exceptionally gifted at stopping the run and in a game of tough players, he showed that to a higher level in a game where he broke his cheekbone and continued to play!  He shifted to Center in his last season due to an injury to the incumbent, Art Hunter, a move someone only a player as versatile as Richter could pull off.

He would finally be inducted into the Pro Football Hall of Fame in 2011 posthumously as a Senior Candidate.