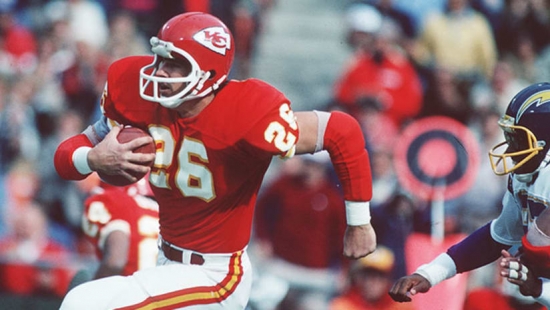 Gary Barbaro played his entire National Football League career with the Kansas City Chiefs and the product of Nicholls State did not waste anytime becoming a very good Defensive Back at the highest level of the game.

Barbaro would win the starting Free Safety job in his rookie year and would go on to start all of 101 Games he played.  Using his speed and guile, Barbaro would secure 39 Interceptions returning three for Touchdowns and 771 Yards with 165 coming in league leading 1977 season.  For his efforts he would be a Pro Bowl Selection three years straight from 1980 to 1982.

Remember the first sentence where we said he played his entire NFL career with the Chiefs, but he was not with the team for his entire professional career.  Barbaro would sit out the 1983 season due to a contract dispute and he would sign with the New Jersey Generals of the USFL.  Sadly, he was not as productive in the upstart football league as he would suffer a pair of knee injuries that would end his career.