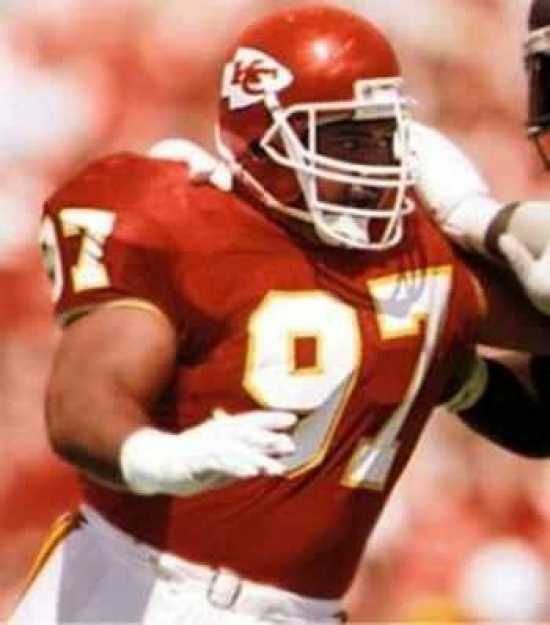 Dan Saleaumua played eight seasons with the Kansas City Chiefs with two seasons bookended with Detroit at the beginning and Seattle at the end and it was his time in Kansas City that was by far and away the best of his career.

Splitting his time between Nose Tackle and Defensive Tackle (much like he did at Arizona State) Dan Saleaumua would start 116 of his 125 Games for the Chiefs.  He would prove to be a strong pass rusher and would net 28.0 Sacks over his career.  Saleaumua would be named to the Pro Bowl in 1995.