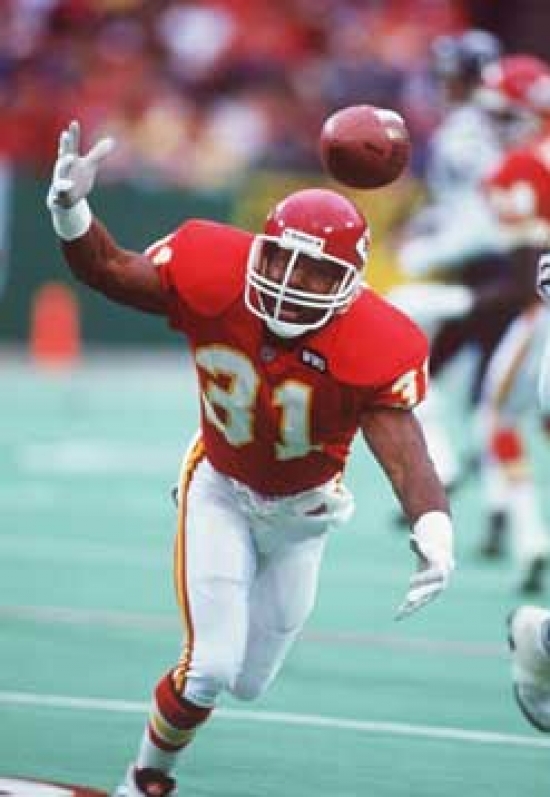 Kevin Ross was not tall (5’ 9”) and it could be argued that the Kansas City Chiefs took a chance on him even though it was a late round pick.  Ross would make the team and while the Cornerback struggled early in his career he would improve and by the 1989 Season he was named to the Pro Bowl, a feat he would repeat in 1990.  A Chief for 11 of his 14 NFL seasons, Ross would pick off Quarterbacks 30 times with two of them going back for a Touchdown.  He would have another Defensive Touchdown and two more on Special Teams over his Kansas City career.  The Chiefs inducted Ross in their Hall of Fame in 2011.