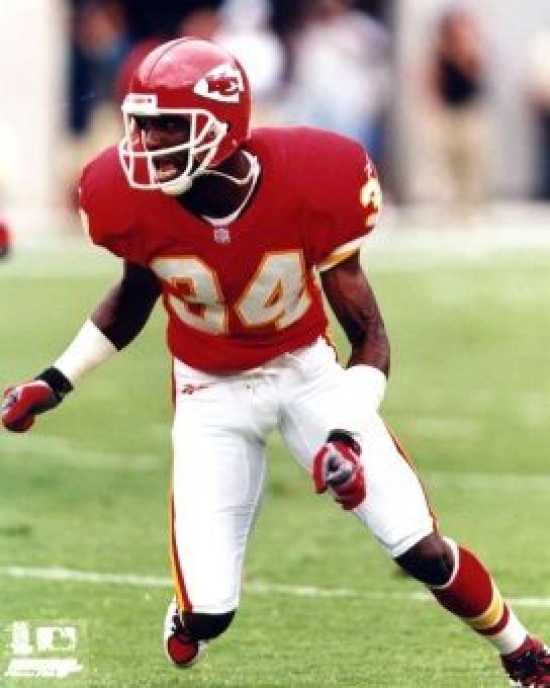 Dale Carter was a First Round Draft Pick (20th Overall) out of the University of Tennessee and it did not take long for the young Cornerback to prove himself as one of the better players at his position.  Named the Defensive Rookie of the Year in 1992, from 1994 to 1997 he was a Pro Bowl Selection and was also rewarded with a pair of Second Team All-Pro Selections (1995 & 1996).  Carter would pick off Quarterbacks 21 times as a Chief.

Sadly for Carter, the Cornerback would also be more associated with off-field problems.  After he signed with the Denver Broncos prior to 1999 on what was then one of the richest contracts for a defensive player, Carter would be suspended for an entire year due to repeated substance abuse.  He was never the same player again.

Still, as a Chief he was more than solid but had he been more focused would likely have been much higher on this list and in Pro Football legacy in general.