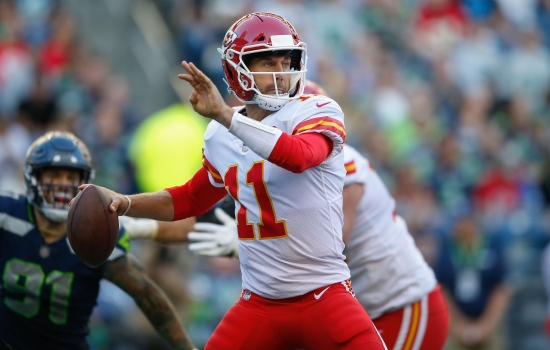 Alex Smith was a former number one pick from the University of Utah and yet it always felt as if he was the red-headed stepchild of the National Football League.

The former Ute was drafted by the San Francisco 49ers and he struggled in his first few seasons and was even out a full season (2008) due to injury but in 2011 his play improved but he again due to injury he would lose his starting Quarterback job to the dynamic Colin Kaepernick and he would be traded to the Kansas City Chiefs prior to the 2013 season.

Many Chiefs fans likely did not think that he would be a star, but in Kansas City, he would reach the second echelon of QBs being named to the Pro Bowl in three of his five seasons as a Chief.  In KC, he threw 102 Touchdowns against only 33 Interceptions and he was the leader in Quarterback Rating in 2017, which would be his final season with the Chiefs.

Essentially, the same thing would happen to Smith as did in San Francisco where he would be shipped out in favor of Patrick Mahomes.

While this very well may have been the right decision for the Kansas City Chiefs it should never be forgotten that Alex Smith was a more than above average QB for this team.