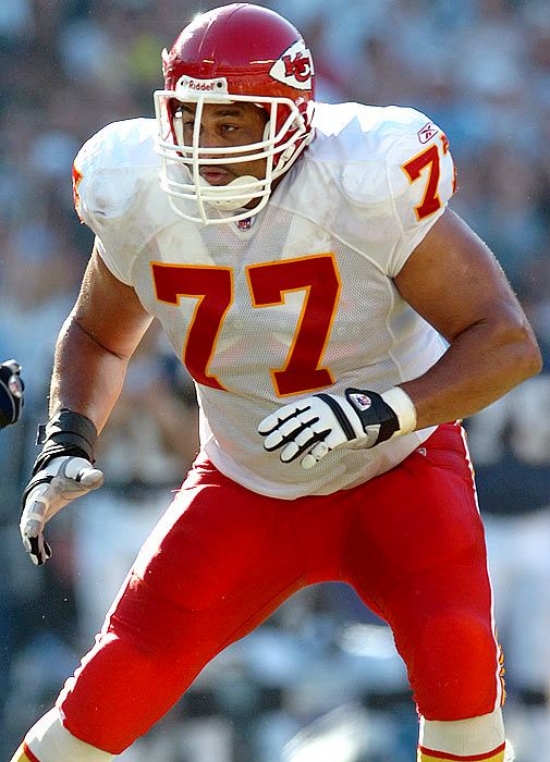 The Hall of Fame career of Willie Roaf was more synonymous with the New Orleans Saints but it cannot be discounted just how good Roaf remained when he was traded to the Chiefs for his final four seasons in the NFL.

Roaf took over as the Chiefs’ starting Left Tackle in 2002 and he was named to the Pro Bowl that season.  That pattern continued over the next three seasons and in addition he was an All-Pro all four of those seasons for Kansas City (two First Team and two Second Team) and there was no doubt that he was still an elite performer.  He may have been a Kansas City Chief for only four seasons but he belongs on this list.

Roaf entered the Pro Football Hall of Fame in 2012.