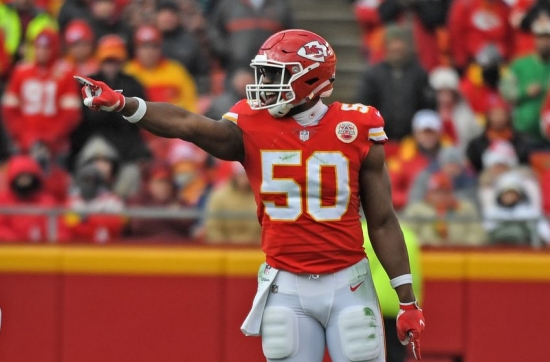 As of this writing Justin Houston is still with the Kansas City Chiefs and for a four year stretch 2012-15 he was among the upper echelon of Outside Linebackers.

After a solid rookie year, Houston would sack opposing Quarterbacks 10 times, which he followed with 11 the season after.  A Pro Bowl Selection in both of those seasons, Houston was unstoppable in the next season terrorizing QB’s to the tune of 22 Sacks, which led the NFL and would become a Chiefs record.  Naturally, he was a First Team All Pro that year.

Since that time, Houston has added a fourth Pro Bowl nod and has continued to be a force on the Kansas City defense.