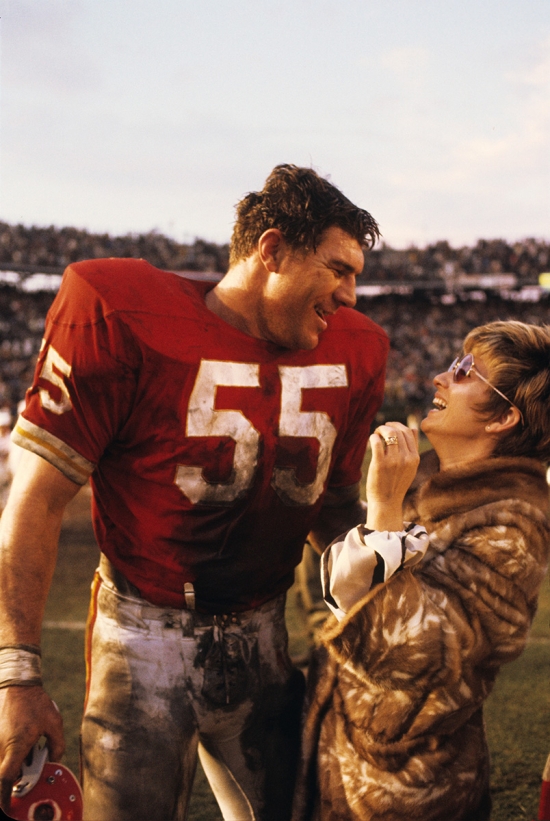 E.J. Holub, the first man who would have his number retired at Texas Tech would make professional football history as the first (and to date, only) player to start at two different positions (Linebacker and Center) and in the current football climate this is one feat he will likely never have to share.

Holub was drafted 6th overall in the 1961 Draft and he would assist the Dallas Texans immediately becoming an AFL All Star five of his first six years in the league while also being named to two First Team All Pro rosters and help the team win three AFL Titles.  The Texans would become the Kansas City Chiefs and by 1968 injuries reduced his flexibility but he was able to move to the offense and acted as the team’s Center before retiring after the 1970 season.