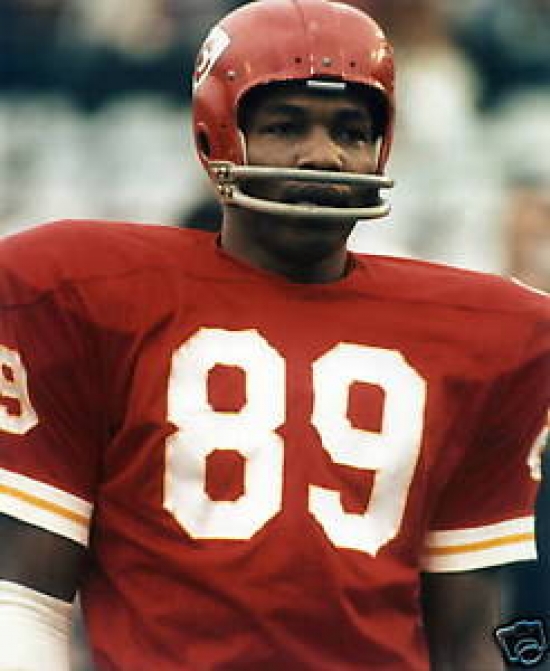 In the period where Otis Taylor played (in relation to the Kansas City Chiefs) the defensive skills of the team were clearly the stars.  This did not mean that there were not offensively capable players for KC as players like Otis Taylor can prove that to be the case.

Otis Taylor played all eleven of his professional football seasons with the Kansas City Chiefs and as a member of the mid-western football franchise he would help the team win two AFL Championships and Super Bowl IV.  The versatile offensive player who played at both Wide Receiver and Flanker would finish first in the NFL in Receiving Yards in 1971, which would be the campaign where he was named a First Team All Pro.  Taylor would net 7,306 Receiving Yards and 57 Receiving Touchdowns over his career.