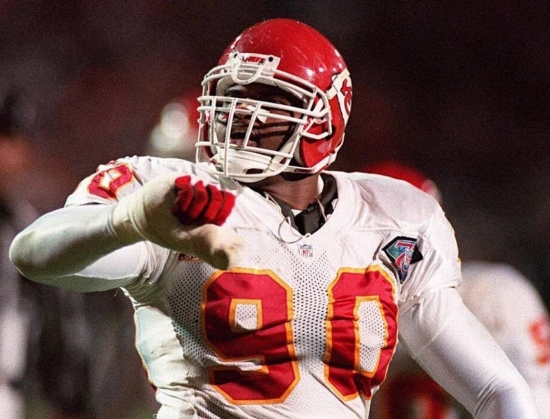 Neil Smith was the second overall pick in the 1988 Draft and the former Nebraska Cornhusker would emerge as the star Defensive End for the Chiefs for years.  Smith was a Pro Bowler from 1991 to 1995 and in those last four years he finished double digits in the Sack department.  His best total was in 1993 when he finished atop the National Football League with 15 and he would have 85.5 Sacks for the Chiefs.

Smith would later play for the Denver Broncos where he would win two Super Bowls.