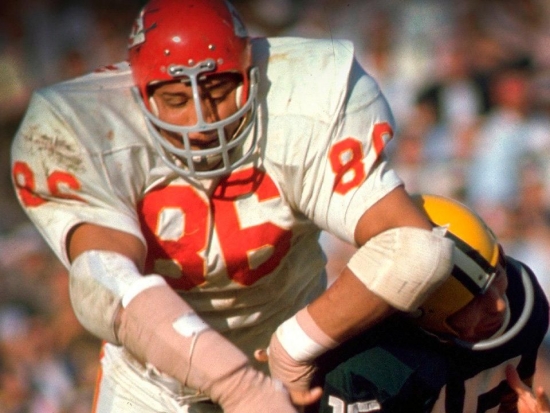 Buck Buchanan was a proven force at Grambling; so much so that the Kansas City Chiefs made him the first overall draft pick in the 1963 AFL Draft, the first time a black player was chosen at that spot.

It was definitely the right call, as Buchanan would blossom into the leader of the Chiefs front four.  Blessed with incredible speed, Buchanan seemed to improve annually throughout the 1960’s.  Buchanan was named an AFL All Star in 1964 and would continue collecting that yearly honor until 1969, when it was no longer offered and replaced by the Pro Bowl following the merger.  Not surprisingly, Buchanan went to the first two Pro Bowls that he was eligible for.

Where Buchanan excelled was breaking up plays before they even started.  The star Defensive Tackle had a breathtaking 16 batted balls in the 1967 season and his overall ability helped the Chiefs win two AFL Titles and Super Bowl IV.

Buchanan was inducted into the Pro Football Hall of Fame in 1990.  His #86 has also been retired by the organization.