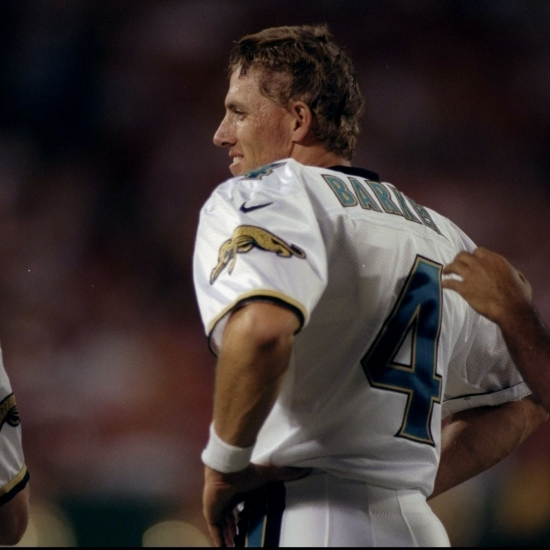 Like many Punters, Bryan Barker was undrafted, but the product of Santa Clara would find a home with Kansas City for four years, and Philadelphia for one year before he joined the expansion Jacksonville Jaguars.  This was the place where he had his best success.

Punters have, do, and never will get a lot of love, but coaches know their value, and in 1997, his third season in Jacksonville, he was named to the Pro Bowl and was a First Team All-Pro.  In three of his seasons with Jacksonville, Barker was in the top eight in Yards per Punt.