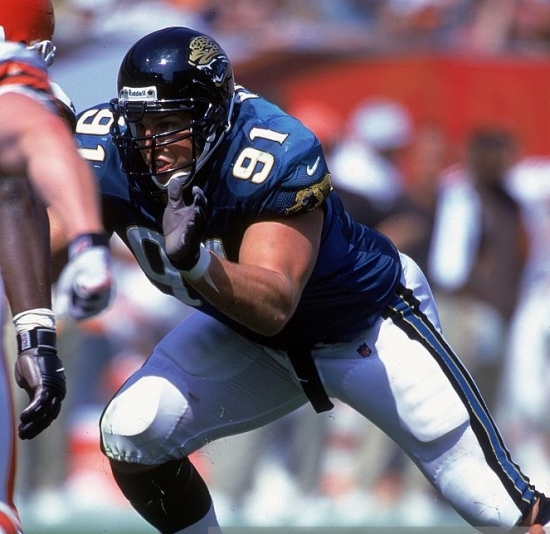 A fourth round pick from Cornell, Seth Payne would play his first four seasons with the Jacksonville Jaguars (1997-01).

Playing mostly at Defensive Tackle, Payne would be the Jags starter at RDT from 199 to 2001, with his ‘00 season being Pro Bowl worthy, as shown by his Approximate Value of 13.

After he was released by the Texans, he attempted a comeback with Jacksonville in 2007 but did not make the team.  He recorded 8.5 Sacks with 136 Combined Tackles as a Jaguar.